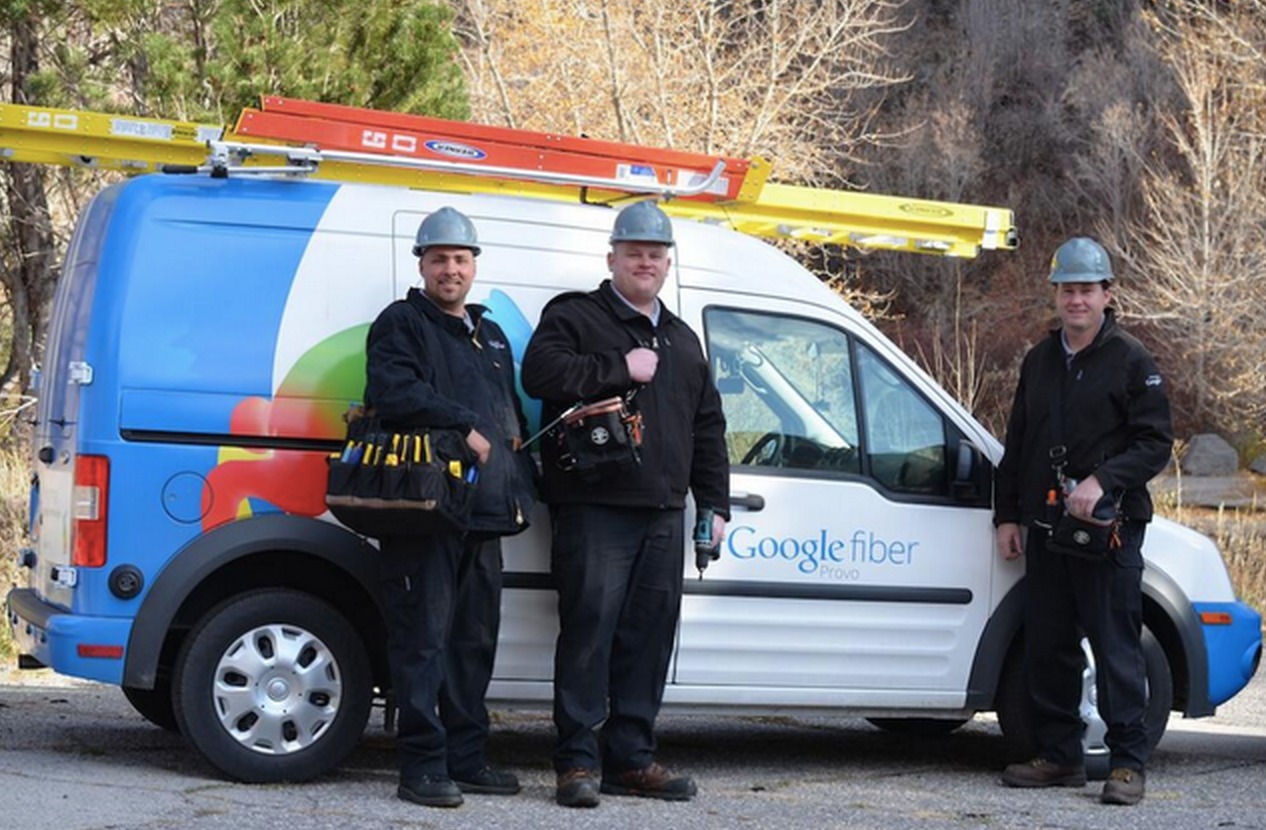 Google Fiber installation has begun in Provo, Utah. Google’s second city for Fiber is starting to see crews pop up around the city in their brightly colored work vans. City officials promised that Fiber would come to Provo by the end of 2013, and it looks like they’ve made good on their promise.

Like Kansas City, residents in Provo will have three tiers of service to choose from. There is even the option for free internet, which provides 5Mbps internet for a one time $30 construction fee. The $70/month option is the famed Gigabit internet, while the $120/month package is for the Gigabit connection plus TV service.

Google is also providing Gigabit internet free of charge to 25 local public institutions. Schools, libraries, hospitals and the like will get free internet access, courtesy of Google. Google says the Gigabit connection is up to 100 times the speeds offered by most other local internet providers.

The deal to bring Fiber to Provo centered around Google’s purchase of iProvo, the city’s existing fiber optic internet service, according to The Verge. After purchase, Google upgraded the hardware to reach Gigabit speeds, and is now rolling their service out to consumers. Like Kansas City, the rollout is staged in neighborhoods, with the most fervent fans getting Fiber first.

After Provo, Google is headed to Austin, Texas. Austin was interested early on in Fiber, but lost out to Kansas City to be the first Fiber city. Google will head to Shawnee, Kansas after Austin. From there, Google will take Fiber to Gladstone, Missouri.