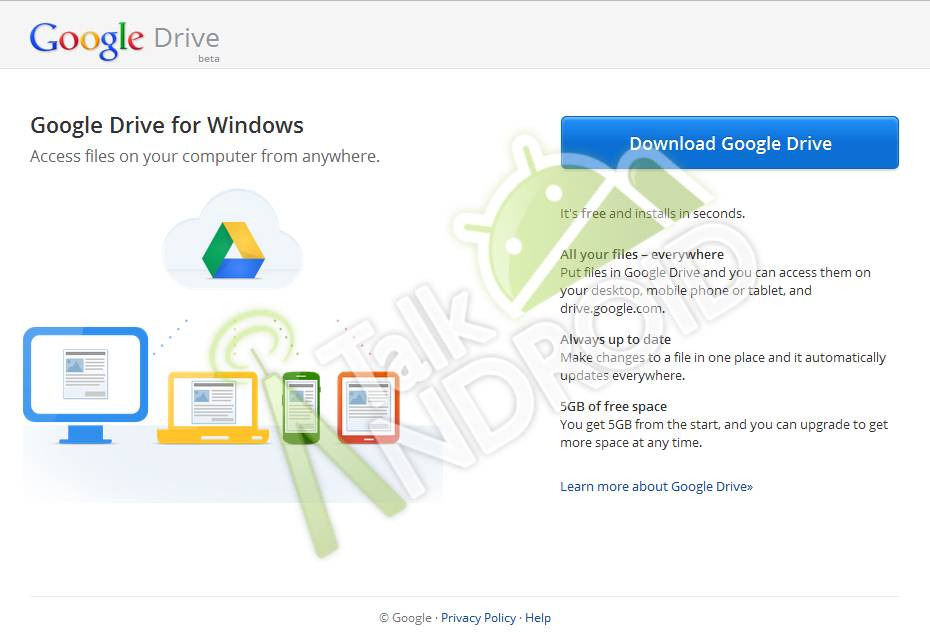 Rumors of a “Google Drive” remote storage service have been around since before the current cloud craze, but if recent screenshots can be believed, it’s finally coming to fruition very soon.  Talk Android got tipped on what looks like a Dropbox-style web service from the Big G offering 5 gigabytes of free cloud storage, considerably more than some would-be competitors. The style of the webpage matches Google’s most recent updates for other web services, and the triangular logo matches the one we saw in a previous leak. This could be fake, but I kind of doubt it.

One thing’s for sure: if Google’s planning its own cloud service, it’s bound to get a hearty dose of Android integration. If the green phone logo on the screenshot above wasn’t enough, just consider their latest additions to their web stable: Google+, Google Music, et cetera. And it’s not as if they don’t have a template to copy. Dropbox, Box.net and other long-standing services already have some impressive offerings on Android and other mobile platforms.

So what could Google offer to beat these competitors? Aside from tight integration with your existing Google services, not much. True, 5GB is considerably more than Dropbox is offering, but HTC owners get 5GB automatically, and if you’re a savvy Android user you can get access to up to 50GB of storage from Box.net. The best way that Google could differentiate itself would be low prices for storage expansion and integration with other Google services – like, for example, placing all the attachments from your Gmail account in a dedicated folder. There’s no indication of when or if Google Drive may be coming, but a reveal around Google I/O in June seems likely.