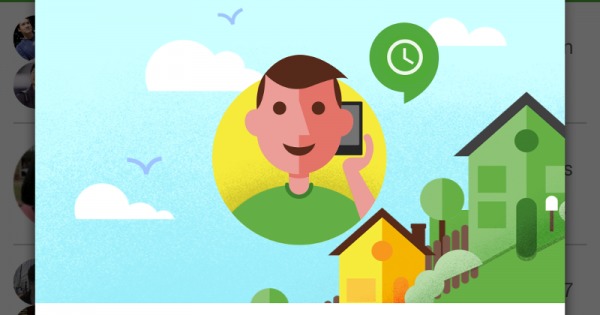 You’d think that with the advent of the Internet, mobile networks, and instant messaging platforms, people would no longer need to make expensive overseas calls. It may be hard to believe but not everyone has or can afford a mobile phone in other parts of world. Google wants to help by bringing cheaper overseas calls. One of Google’s goals is to build a global network that will offer cheap voice calls to communicate overseas with the same cost as local texts, calls, and mobile data.

Overseas calls are still pricey for some but Google aims to allow Americans use their phones while abroad at no extra cost. The Internet company is believed to be already in discussion with several mobile operators about cheap overseas calls from anywhere in the world. For one, Google is already making plans with Hutchison Whampoa, owner of mobile company Three in the UK. The two are working on an agreement that is believed to make a big change in the US mobile market. Google seems to be attempting to make its own mobile network bigger and better than what Americans are used to.

With its partnership with Three and the possibility of wholesale access, voice calls here and abroad can be cheaper. Google and Three together would mean wholesale access to mobile service in Italy, United Kingdom, Ireland and more countries where the company operates. But why Three? Google chose Three because the latter has sought to eliminate roaming charges in the past.

Google’s very own mobile network is expected to be very big, relying on wholesale deals such as this. The company plans to use existing infrastructure locally and abroad instead of building new ones. Analysts are predicting Google’s project will put some pressure on the biggest mobile carriers in the country, AT&T Mobility, T-Mobile USA, and Verizon Wireless.

Google may be improving Hangouts, adding voice calls to some countries but this project is very much different. Still, it’s very obvious that Google wants to make the world a better and cheaper place to live. Moreover, this development could also encourage more companies to invest new technologies to improve mobile coverage.