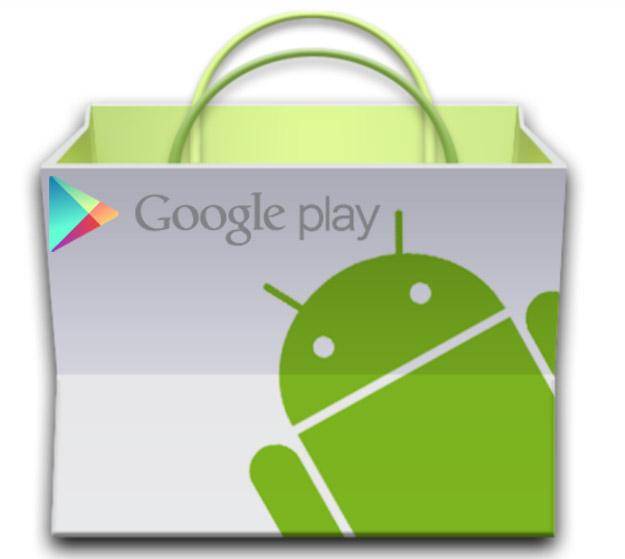 Carrier billing on the Android Market, now known as the Google Play Store isn’t anything new. I’ve been able to bill app purchases directly to T-Mobile for a long, long time. Today though Google has issued an update regarding what all we can purchase and bill to carriers, and who all supports the system. If you’re the type that hates giving out that credit card number (like my parents) this graph might be worth a second look.

Sorry Verizon, it looks like you are still left out. You can probably blame Verizon for that one, but who knows at this point. Remember Google Wallet? Anyways, the full list of direct carrier billing for the Google Play Store is listed below in the graph for those interested. 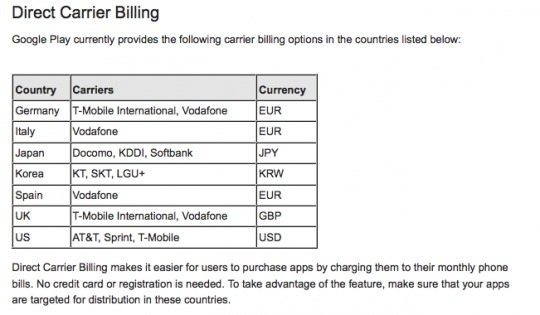 As you can see above, Google supports the three other major US carriers, as well as multiple international carriers as well. For those that don’t want to break out the plastic, deal with cash mostly, or don’t feel like registering their credit card this is a good way to go to get the latest Angry Birds Space for your Android phone. More details are available from the source link below right from Google.