Apart from the Pixel 2 and Pixel XL 2, Google is expected to roll out a smaller Google Home and a new Chromebook Pixel. We’re looking at a first week of October launch so we’ll finally confirm if it will run Andromeda–Google’s hybrid OS or solely Chrome OS. There’s also a rumor that it will come with a Wacom stylus as an option plus a convertible tablet design that is becoming a standard now.

This upcoming Chromebook Pixel has been said to sport a 12.3-inch display screen, 8GB or 16GB RAM, and 32GB or 128GB of onboard storage. New details emerge for a GFXBench listing that says the phone will be powered by an Intel 7th-Generation chipset and most likely 8GB RAM only. Internal storage space will be 128GB which is large enough for a notebook computer.

Also known this early as the Google Chromebook Eve, this device is also listed with a 7.7-inch display and another 12-inch display. It’s possible that two variants will be available or the laptop will have dual screens. 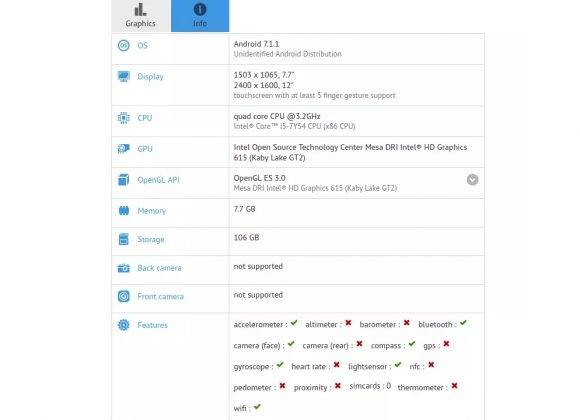