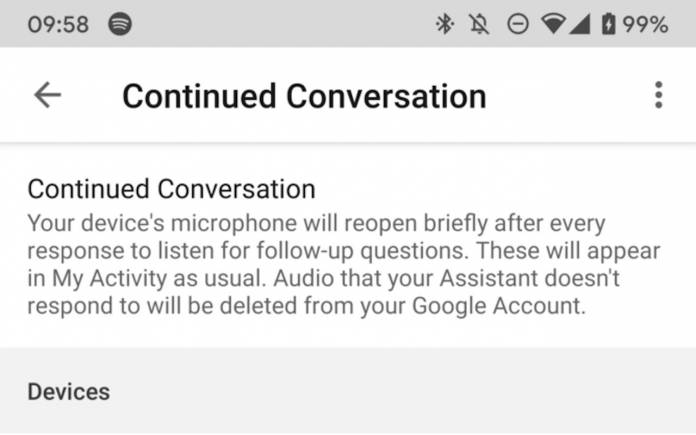 This one isn’t exactly new but Continued Conversation is coming to smartphones. This special Google Assistant feature will soon roll out in Android phones after making it available on Smart Displays and other Google smart home devices earlier this year. No need to shout “Ok Google” for every command. You can just continue “talking” to the Assistant as if you’re talking to a person. The same enhancement will soon be ready on Android phones. There is no official announcement from the tech giant but a recent update to the Google app has delivered a new Phone setting.

The Phone setting is specific for Continued Conversation. Feel free to download the Google app from the Play Store and see for yourself. It’s still on beta so bugs may be encountered.

Continued Conversation on smartphones will be helpful because it can make things faster. If you see the new feature on your device, try to toggle on ‘Phone’ to enable. A source shared the continuous mode should work but it didn’t. The app listed on the Play Store was recently updated (dated October 22) but there is still no Continued Conversation. We’re guessing only select users can see the feature.

Google could still be making adjustments to the feature. That or the phone needs to have the new Google Assistant that is coming to the new Pixel 4. We know it’s not Pixel 4-exclusive but it may take a while. 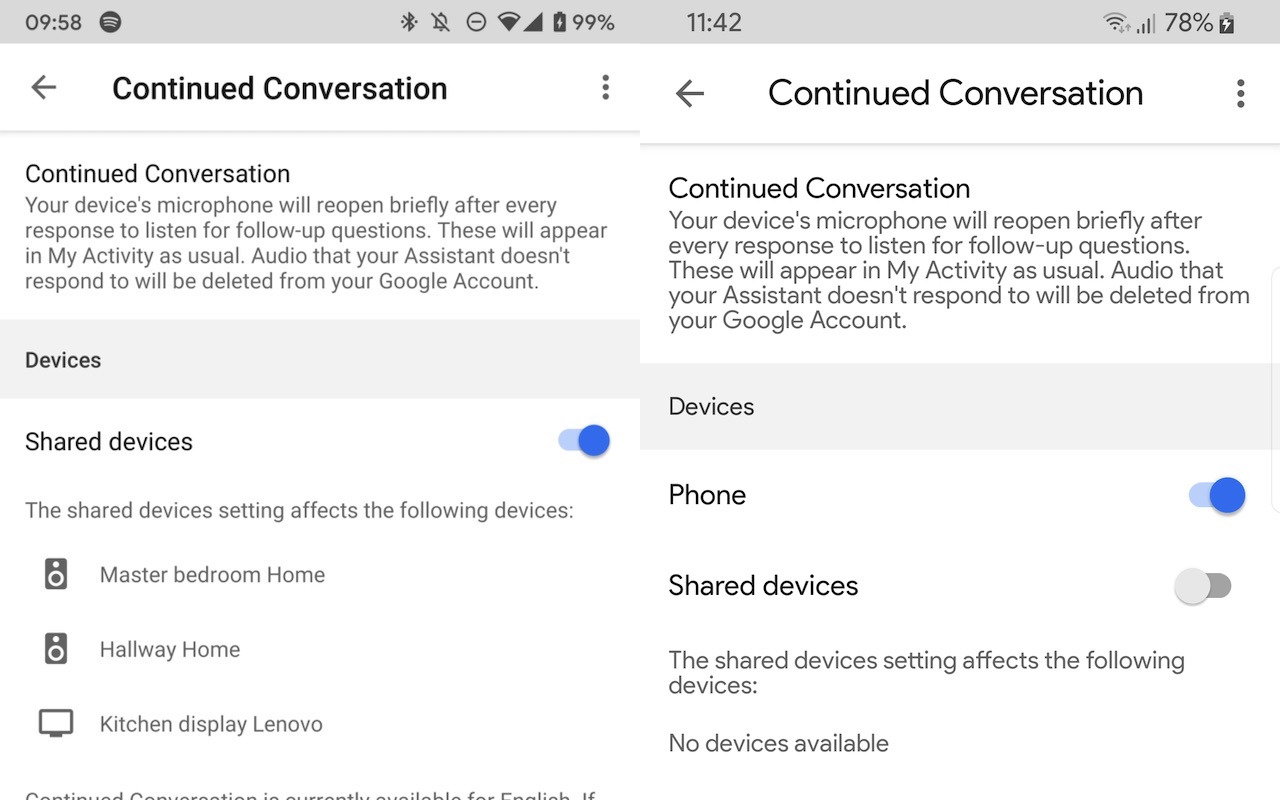 It can be assumed Continued Conversation will also work on other Pixel and Android phones. It’s only a matter of time. The company may still be working on important tweaks and upgrades that will work on most Android devices. This feature is a helpful enhancement because it eliminates some time off conversations. A few seconds off those talks with the Google Assistant actually matter and can make everything faster.