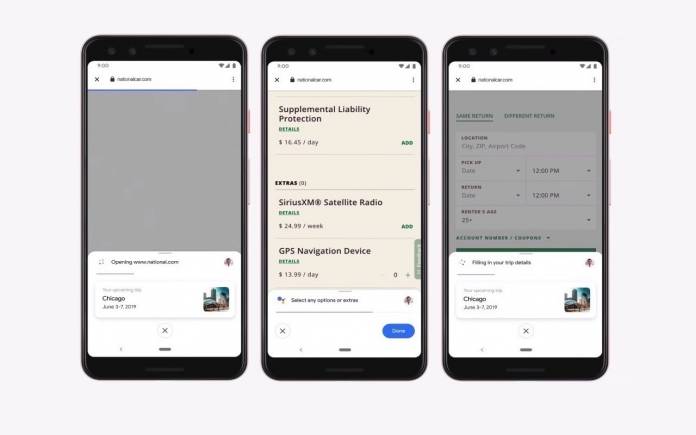 One of the many new things Google is introducing this week at the Google I/O conference is the Google Assistant on Duplex for the web. The Google Duplex was announced around the same time last year but with a limited rollout. Only select Pixel phone users received the feature initially. Just last month, we learned Google Duplex was released for other Android phones in the United States. We’re not sure how many people actually use the program but the tech giant is still promoting it.

Now Google Duplex is ready for the web. The AI assistant is expected to be more helpful as it allows Google to do simple tasks for you.

From smartphone to the web, Duplex can book cars and purchase tickets for you. You now don’t have to make calls because, after a simple search, Duplex can do the job for you with a few clicks and confirmation.

Google Duplex is now available in 44 states in the US. Watch the video below:

It appears easy. Simply search for a service on Google, choose a company or brand, and then have the phone automatically fill the information needed. Ask Google to do the booking for you.

The Assistant will finish the job for you. Details must be checked first and then submit your request.

Google has been investing in AI for a better future. Google Assistant is already a standard but it still has many potentials.

Details are scarce but the demo video may be enough. The web version of Duplex is also being refined. Hopefully, it is faster and smarter than ever. It can be considered as next-generation artificial intelligence (AI) because it really is more intelligent and more useful now.

We don’t want to think of the possible mistakes but Google Duplex won’t be perfect. We’ll wait for the official rollout.