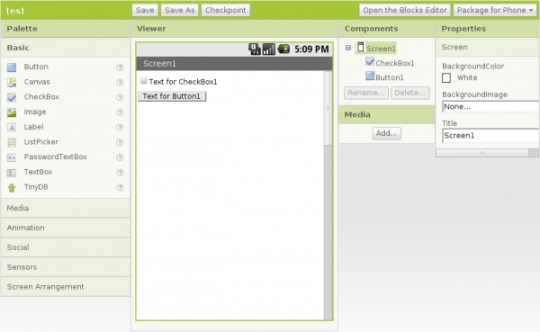 Google’s App Inventor has exited its closed-beta, meaning the drag & drop Android app creator tool is now open to anybody with a Google account. Announced back in July 2010, App Inventor requires no real programming knowledge, instead using preset functionality blocks that can be shuffled around to create software.

Despite that simple premise, the apps themselves can be just as complex as those coded from scratch; titles can be capable of GPS awareness, integration with the Android handset’s phone functionality, internet connectivity and more. You can log in and try App Inventor here.