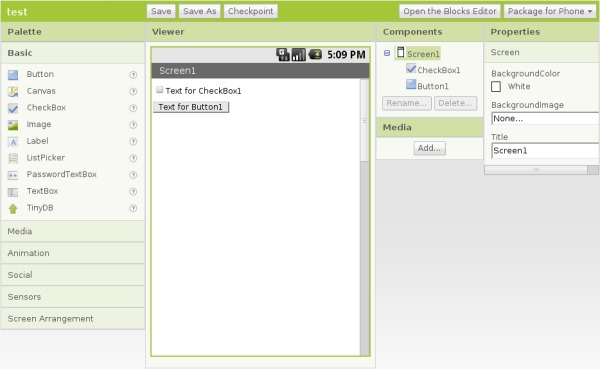 Google has unveiled App Inventor, a straightforward way for would-be developers who lack programming skills to create software that will run on Android smartphones.  Similar to the create-your-own-game software of many years ago, App Inventor uses preset functionality blocks that together represent pretty much everything that an Android phone is capable of; by shuffling those blocks around and setting some basic parameters you should be able to create your own app.

Games, information apps and other content are all possible, with titles capable of GPS awareness, integration with the Android handset’s phone functionality, internet connectivity and more.  According to the NYTimes, the company has been testing App Inventor on “sixth graders, high school girls, nursing students and university undergraduates who are not computer science majors” which should give you an idea of the sort of ability level required.