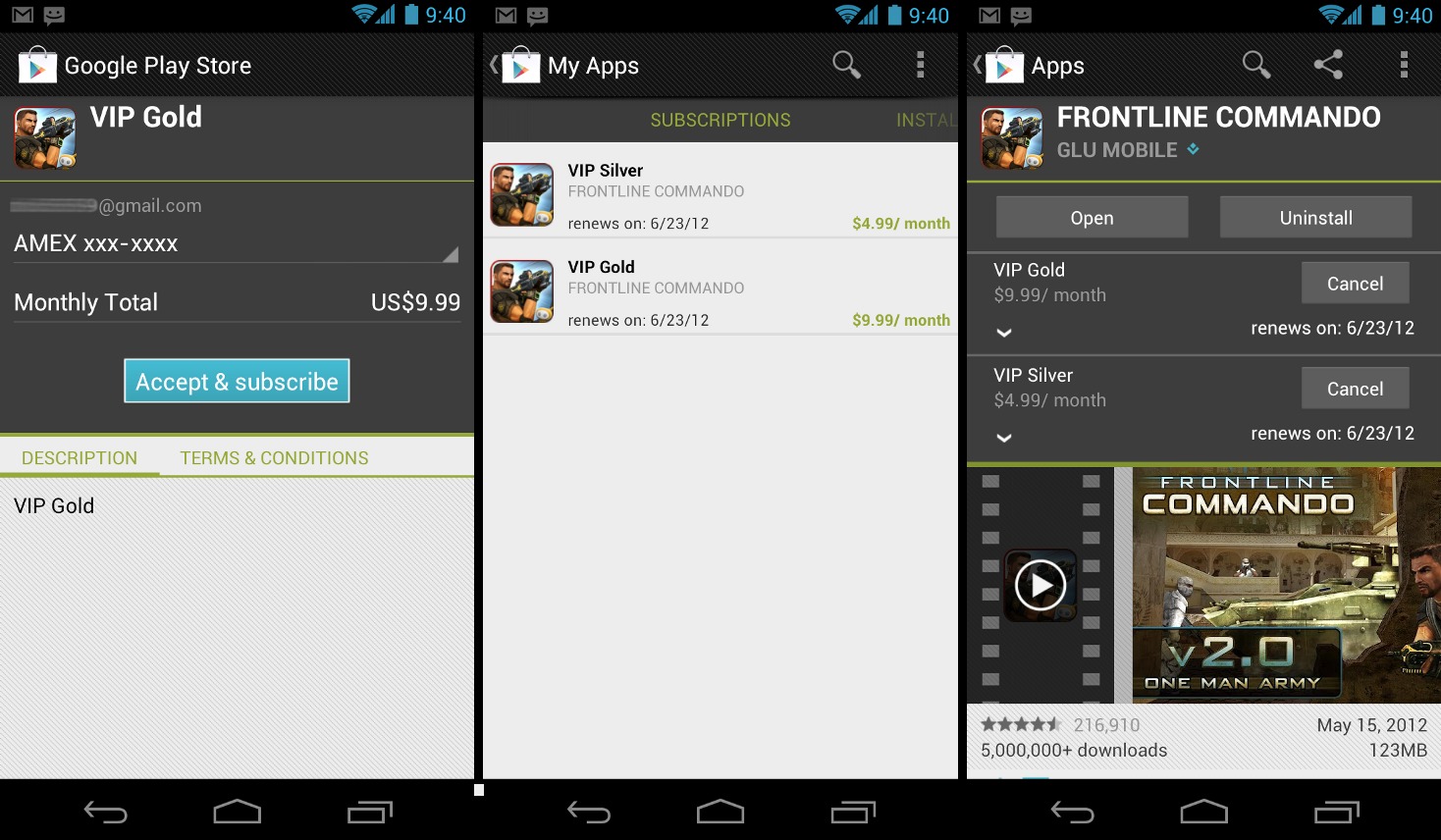 Google+ isn’t the only one getting new tricks today. Google has just rolled out some new goodies for the Play Store that should help our friendly developers make even more cash money. Google Added in-app billing last year but today we now have in-app subscriptions. As of today developers can offer in-app payments for monthly or annual subscriptions to games, magazines and more.

This opens an entirely new window for both the developers, and the consumer. I could really see this being useful with multiplayer games like NOVA 3, or MMO’s but this also will come in handy with TV, Magazine subscriptions and many other instances. Just think if Gameloft offered us $4.99 a month subscription access to every single game from them on Android, I’d probably do that occasionally.

This isn’t just for magazines and games either. Developers can also use in-app subscriptions to sell access to bundled products, game levels, music and video content, value-added services, and tons of other digital content or services. Developers can get started today by checking out the In-App Billing Documentation and implement these subscriptions right now. This is a pretty large change that should bring some neat options to the Android community, so long as developers don’t go too crazy with subscription pricing. Hit the via below for more details.