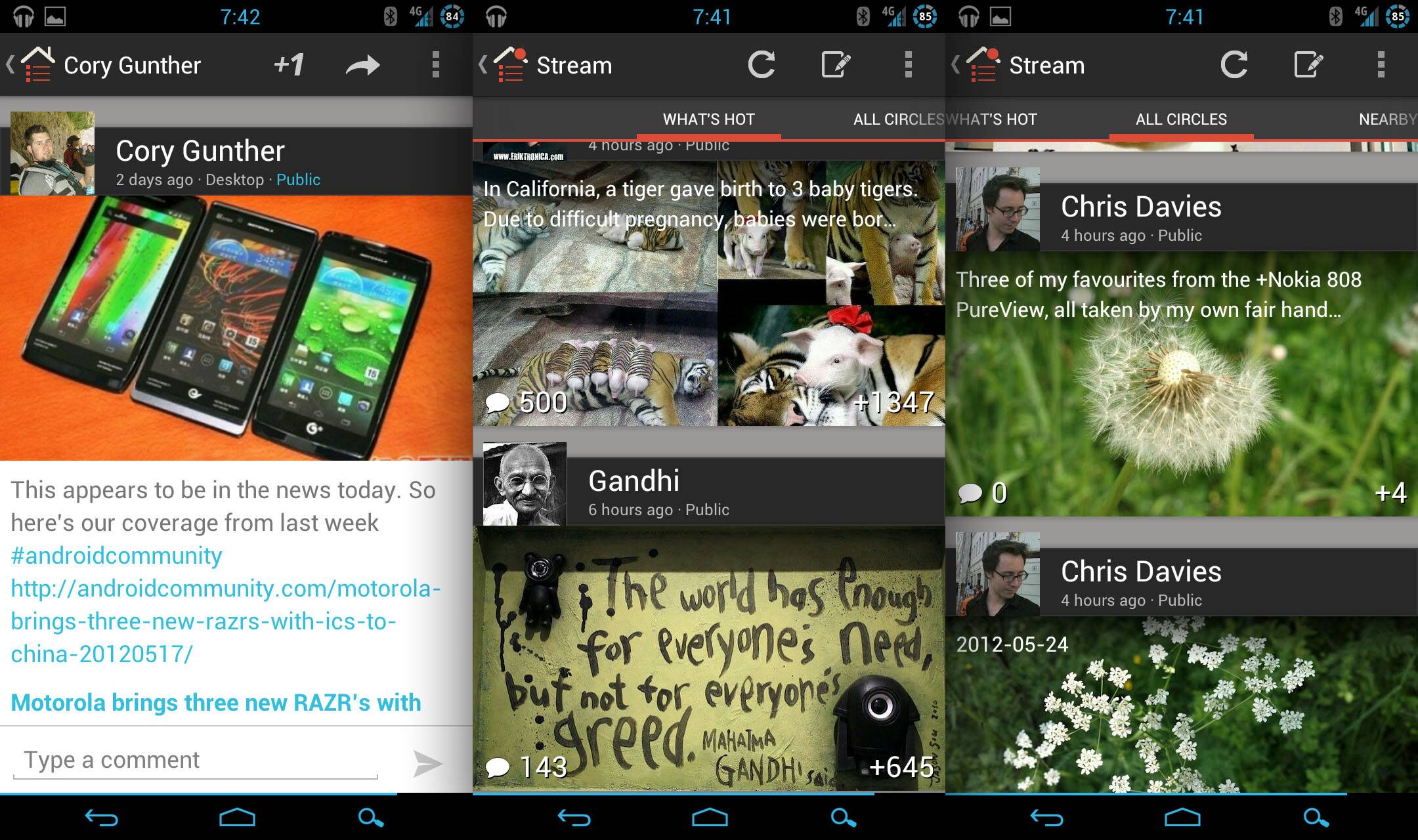 The Google+ team seems to be finished for iOS for the moment, hand has once again turned its attention on the Android faithful. The native asocial networking app gets a major facelift on Android today, incorporating a new UI that’s very heavy on images – even allowing you to download them directly from posts, as in a web browser. Unfortunately, the long-awaited tablet app is nowhere to be seen.

The interface is certainly more attractive, if somewhat dismissive of the actual text and comments on a particular G+ post. The experience is something like Flipboard for a social network. Even without a tablet app, it’s a notably faster and more aesthetically pleasing experience than the native clients for Twitter or Facebook. The old icon-based homepage has been condensed into a collapsing sidebar, not unlike the latest version of Spotify.

Other new features include the ability to initiate a Google+ hangout directly from the main menu, a ringtone/alert option for new hangouts, suggestions for people who may be in your real life social circles, and (yes!) editing posts from the mobile client. The redesign takes some getting used to – if you’re more of a fan of textual interfaces, then the updated app probably won’t appeal. That said, the vast majority of early responses seem positive. While you’re there, why not add Android Community to your circles?