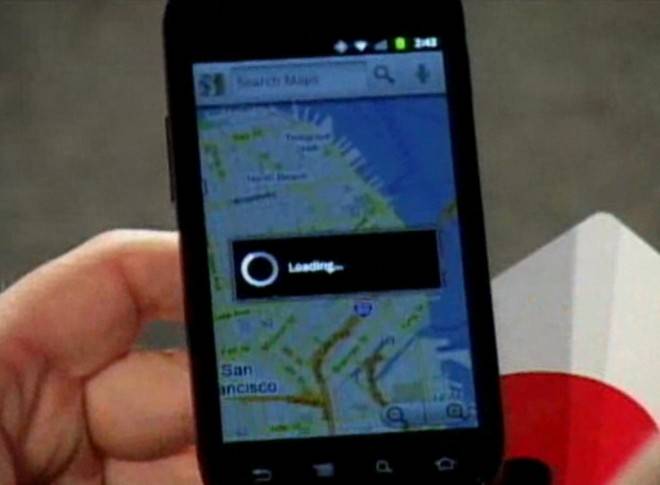 So if you were watching a live stream of (or were AT) the Web 2.0 Conference 2010 listening to Google CEO Eric Schmidt, you saw him whip out not only the new legendary super secret phone, but Android 2.3 Gingerbread as well. Amongst the new features included in the Gingerbread update are support for NFC enhanced device interaction and RFID tags. Buying things with your phone, attempting (without saying it,) to get to that point before Apple fully arrives. Schmidt noted that this technology (using NFC and RFID to pay for everything) will eventually replace the credit card. Gingerbread, Schmidt says, will be rolling out in the next few weeks.

The Nexus S he held aloft Schmidt called an “unannounced phone” from an “announced manufacturer.” The manufacturer of course, is T-Mobile, and he says it’s ready to go with NFC technology. The logo seemed to be taped over, but up in the right hand corner of the screen you were able to see the T-Mobile logo clearly. After speaking a bit more about the importance of the future, Schmidt was asked about improvements he’d like to see done better with Android, he said : “There’s a set of things that the iPhone did a brilliant job of doing on a closed system… but that the next real focus is on the application layer. You have to establish volume first, which is what we’ve done…We think Android will be a leading platform, if not the leading platform.” – Thank you The Next Web for the exact wording. Also thanks to IntoMobile for the screengrab.