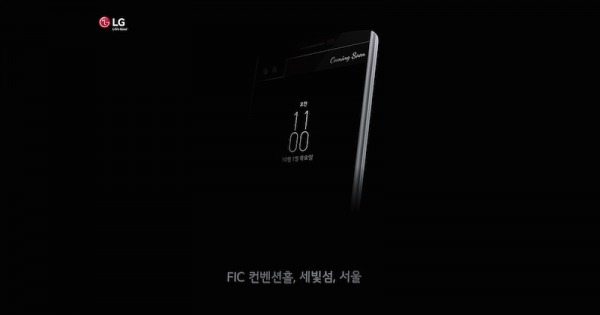 We’re still not entirely sure what new device LG is launching on October 1 (we can already rule out the Nexus since Google already launched the LG Nexus 5X yesterday) but if GFXBench was a reliable source of information, which it sometimes is, then it will probably be the LG G4 Pro. A device with model number H900 has surfaced in the website, and it just might be an improvement on the current flagship, the LG G4.

While it looks almost the same, specs-wise as the existing flagship, the supposedly Pro version also has some new things going for it. First of all, it seems larger, with a 5.7-inch QHD display, as compared to the 5.5-inch of the LG G4. The specs sheet also says that it has 4GB RAM, which is 1GB more than the current one. It also indicates that it will have Android 5.1.1 Lollipop which means it will launch really soon, since Android 6.0 Marshmallow is almost upon us.

But other than those things, it looks like it’s just a slightly improved version of the LG G4. The Pro version also runs on the Snapdragon 808 hexa-core processor, while having a 15MP main camera that can shoot 4K videos, and a 5MP front-facing one. It indicates a 51GB storage which may seem weird, but usually, that means it’s a 64GB internal storage device.

It’s still unsure though if this is the device that LG will be launching on October 1. There have rumors that it will be a budget smartphone with a stylus, or a “V10” with a secondary ticker display, or something else we haven’t heard about. All will be revealed really soon.