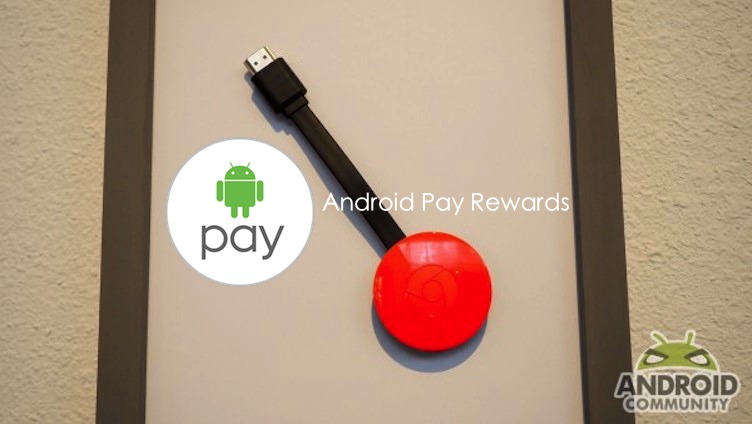 How’s your Android Pay experience so far? If you haven’t tried it, maybe the news of Android Pay Rewards coming may finally make you sign up and start tapping to pay for purchases. Google has just introduced the Rewards program as part of the tap-and-pay mobile payment system This isn’t the first time Google has launched a promo because last December, the tech giant was generous to give away $20 Best Buy gift cards to every Android Pay user.

The Android Pay Rewards is a new bait that hopefully, will attract the rest of the Android community to jump in and start shopping and tapping everywhere. The rewards are available after a specific number of taps. We’re not talking about points here but on your first, second, and sixth time, you can already avail one song from Google Play Music on each tap. That’s a good offer already but apparently, Google wants you to be more happy with a free Chromecast device. On your tenth tap, you can get the streaming device for free.

The Android Pay Rewards has started already and will run until the 29th of February. This promo will come together with the most recent Android Pay app update but be patient because you might not see it right away. You should see the promo together with your payment and other loyalty and gift cards. A promo code will be given for you to avail of the free item.

This is exciting news for those who’ve been wanting to try Android Pay. It’s one freebie we know a lot of Android users will appreciate. So who wants a free Chromecast?