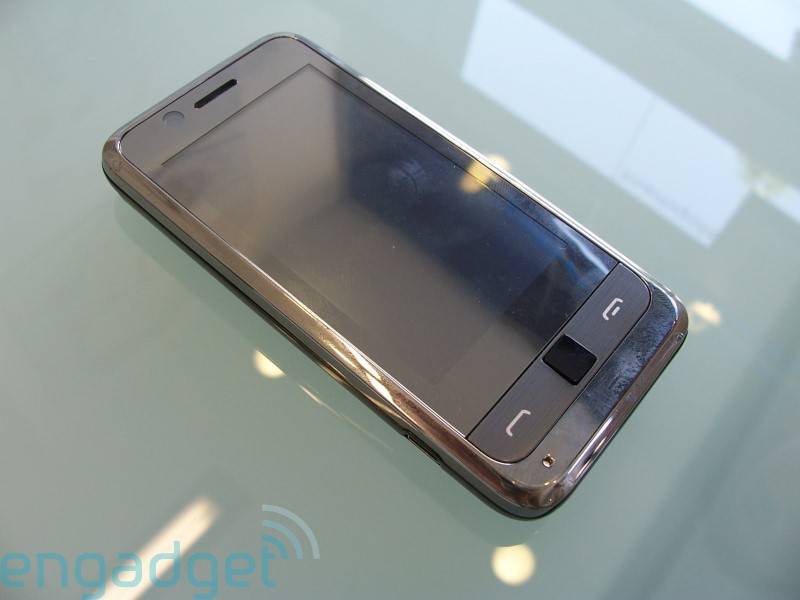 Spanish firm GeeksPhone have unveiled their first Android smartphone, and if you weren’t looking closely you could easily think they’d been taking part in the Andromnia project.  The GeeksPhone One is a Samsung-lookalike with a 3.2-inch touchscreen, HSDPA, WiFi, Bluetooth and A-GPS.

There’s also a 3.2-megapixel camera and – something HTC inexplicably left off of the Hero – a front-facing camera for video calls.  A microSD card slot and integrated DVB-T TV tuner are useful additions too.  Bizarrely, they’ve decided to use a resistive rather than capacitive touchscreen; we can only assume it’s a cost-saving exercise.

The results of that exercise, in fact, is an estimated price tag of between €250 and €300 ($352-$422); that’s reasonable for an unlocked GSM device.  We’ll have to wait and see how well Android 1.5 Cupcake runs on its 625MHz PXA310 processor, and whether the resistive display slows things down; the GeeksPhone One is set to arrive in Europe this fall.