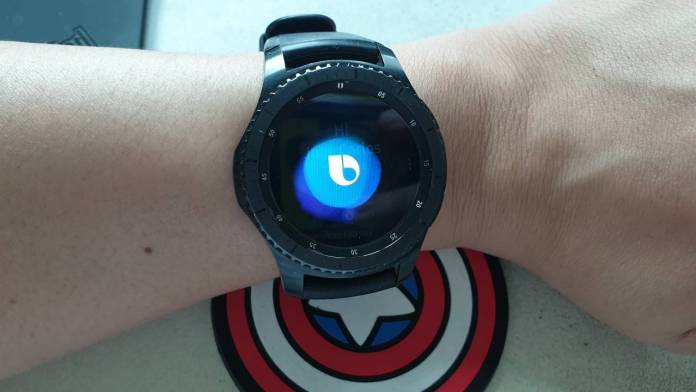 Last April, Samsung announced that they were finally retiring their S-Voice service for older devices since they have been focusing on Bixby for the past few years anyway. But will those older devices get an update that will finally bring them Bixby? Well if you have a Samsung Gear S3, then the answer is yes. The 2016 smartwatch is getting a System Update 7 and the major thing that it will bring to your wearable is that you finally get the voice assistant most have been enjoying on newer Samsung devices.

Even if the Gear S3 may seem a bit dated compared to the Galaxy Watches now, some still enjoy this wearable and is still pretty much useful. Last year, it was updated to the One UI and now Verizon has announced that owners will be getting the System Update 7 once it starts rolling out. Non-Verizon users are also seeing the update roll out to their smartwatches. Bixby is the major thing that you’ll get with this and it’s right on time as the S-Voice shutdown began last June 1.

You’ll get the basic Bixby voice functions like reminders, weather updates, calendar schedules, and of course answering your questions. For those looking to get fit and healthy, you can ask Bixby to start an exercise with specific goals, something that other wearable devices like those on Wear OS cannot do right now. So while Bixby may not be as popular as Google Assistant or Alexa, it does have its advantages, especially if you’re a Samsung fan.

Aside from Bixby, you also get other new things with this System Update 7. You now have the option to use a list view for your app layout if you’re not a fan of the circular one before. You can also enable the always-on screen while you’re working out. If you have earbuds connected, you can also now check your battery levels on your Gear S3. However that is only applicable if you’re using Samsung’s own Bluetooth earbuds.

The System Update 7 should be rolling out to both the Gear S3 Classic and the Gear S3 Frontier. You’re probably not that broken up over the loss of S-Voice so this is a welcome change.