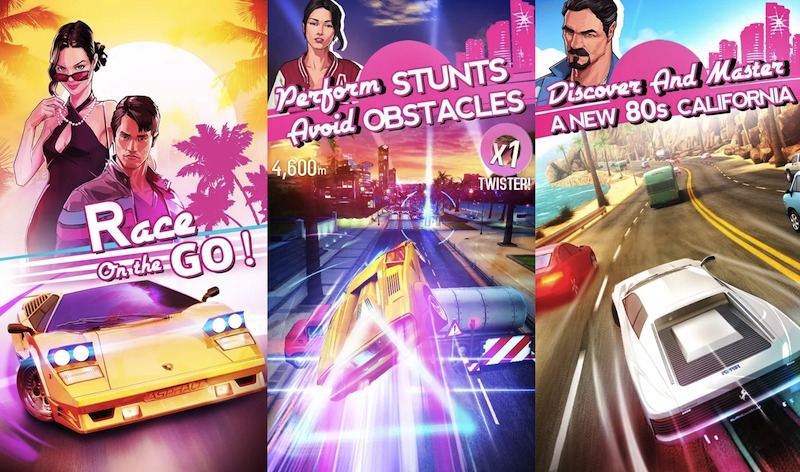 We’ve lost count of how many Asphalt versions have been released but Gameloft is rolling out another game. The Asphalt Overdrive is yet another arcade racing game that lets you outrun the cops (Something like the KittenTaxi? Naaah).

Gameloft’s Asphalt is an award-winning game series across multiple platforms. Overdrive is Asphalt’s first spinoff, bringing a new gaming experience to fans. It’s an original mission-based arcade driving game that lets the player unlock and drive fully-licensed vehicles. Drive a Ferrari Testarossa or a Lamborghini Countach along the streets of California? It’s possible. You can finish all seven different missions by defeating bosses, escaping the cops, avoiding obstacles, and doing other stunts.

Setting of the game is Southern California in the 80’s for a retro feel but with real-time lighting effects and impressive visuals. It reminds us a bit of Rockstars’ GTA: Vice City‘ And since we’re in an era where socialization is mostly done online, you can play with your friends by connecting to Facebook. You can compete in different types of events too: limited-time, Gang, or League battles. If you think you’ve got what it takes, you can join League championships to show off your racing skills.

The game is pretty much similar to the past Asphalt games but what’s interesting is the genre. It’s an endless racer game and it will be played in portrait orientation only There are also no virtual controls and there is no need to tilt the handset. Simply swipe left and write to control the car.