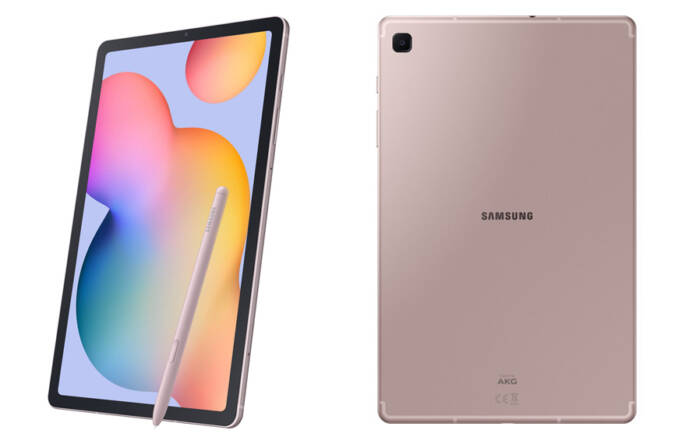 The unannounced Samsung Galaxy Tab S6 Lite – mid-range offering in the Galaxy Tab S family – has been in the rumors for a while. Some of the specifications of the tablet have already been leaked before, such as a 7040 mAh battery, Exynos 9611 processor, 10.4” display and a modest 4G RAM with 64GB or 128GB internal storage option for instance. This time around we have some pictures, which go on to confirm a few hearsays we have been hearing about the tab, along with a price for the US market.

The Galaxy Tab S6 Lite was briefly listed on an electronics store B&H’s website, which Twitter user @MaxJmb had spotted and shared on his handle. The listing was complete with specifications and a starting price of $349.99 (for the Wi-Fi-only model). The listing also included images, which reveal a thickish black bezel, single-lens camera, S pen stylus, and a novel rose pink color, in addition to dark gray and blue we’ve already seen. 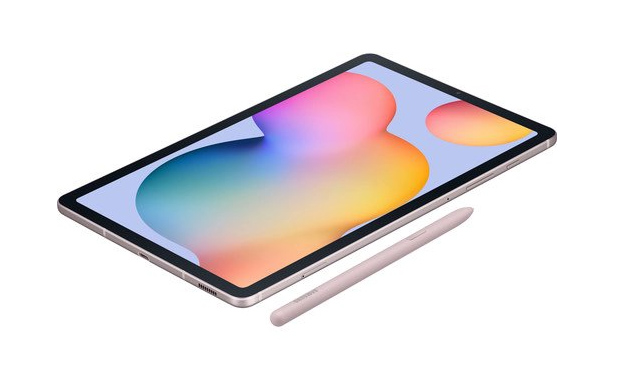 Galaxy Tab S6 Lite was expected with an S Pen, in fact it is one of the few constants spoken of in each rumor around the S6 tab. Even when it was listed on Amazon Germany with a price, momentarily, it was with the S Pen and confirmed its octa-core Exynos 9611 processor that already powers the Galaxy A51 handset.

An assortment of specs listed on B&H, however, do not match what’s known from earlier leaks, which compels us to doubt its legitimacy. For instance, it was listed with 10.1” 2000 x 1000 resolution screen and Exynos 9610 chipset, whereas, previously we learned, it would be powered by Exynos 9611 processor and feature a 10.4” LCD display with 2000 × 1200 resolution.

It now rests upon Samsung to make an official announcement and break the thread of rumors and expectations surrounding the $350 Galaxy Tab S6 Lite. With all these leaks coming in at short intervals, we are hopeful that the tablet will be announced soon. How soon is debatable, but we will have the truth told only when it’s officially launched. We will keep you posted with the latest as and when information rolls in.