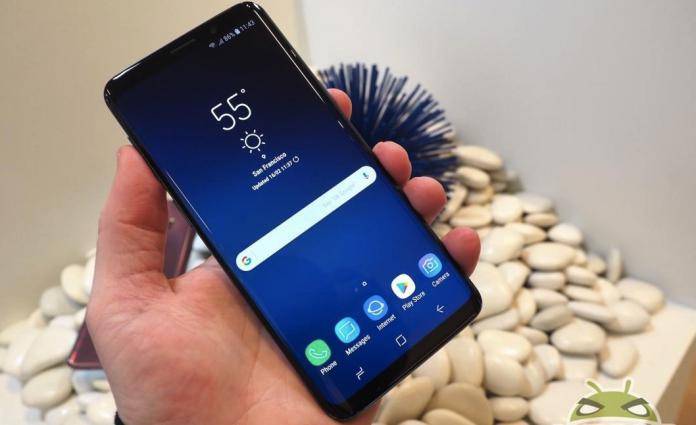 The Samsung Galaxy S9 is finally getting the FM radio support you’ve been waiting for since the beginning of the year. The phone features an FM radio chip but unfortunately, it’s not activated in Canada and the US. We learned it will be unlocked for both the Galaxy S9 and S9+ so if you own one, you can soon enjoy listening to the radio right on your phone. The South Korean tech giant made a promise to activate FM radio so more phones would be able to take advantage of the NextRadio service.

Samsung partnered with NextRadio to be the official FM radio service native on flagship Galaxy phones. It’s actually enabled and ready for use on smartphones purchased directly from mobile carriers but for unlocked models, they still need to be activated. It took a while before the company does something officially. With this move, it’s joining Alcatel, Motorola, and LG in activating the FM radio chip.

Internet radio and streaming services should be enough but using the actual FM radio feature on a device is more efficient. It doesn’t use any data to stream and uses less battery power so it won’t take your precious data. If you’re the type who scrimp on your mobile data plan, this will be good for you because you can finally enjoy unlimited music for free. You only need to worry about your battery. Having local FM radio is also useful especially in times and areas where there is no or little cellular coverage.

When cellular coverage is unavailable or in times of emergencies and disaster, this FM chip will be able to provide information coming from local radio stations straight to your Samsung smartphone. It’s not only in the US and Canada where unlocking the FM chip is encouraged. Recent natural disasters in Florida, Houston, and Puerto Rico increased the pressure on phone makers to activate the FM chip in phones. This is mainly for public safety and convenience.

Both United States and Canada will have the FM radio chip unlocked for the Galaxy S9 and S9+, as well as, new and upcoming Android phones it will be rolling out in the region in the coming months. For unlocked S9 units, the FM hardware (radio chip) will be unlocked and enabled with a software update. This particular update will add the NAB FM API to enable support for FM radio and the latest June security patch level.

The ARF4 update brings FM radio to the unlocked Galaxy S9 phones in the US. This feature should be enabled as soon as the update is received. There’s another important requirement—the pair of headphones from Samsung that come with the phone must be used for the antenna to work.

Samsung may have released the update a bit late but it is much appreciated. A lot of Galaxy S9 and S9+ owners have been waiting for this one and we’re just glad to know the FM Radio chip can be used to its fullest potential.