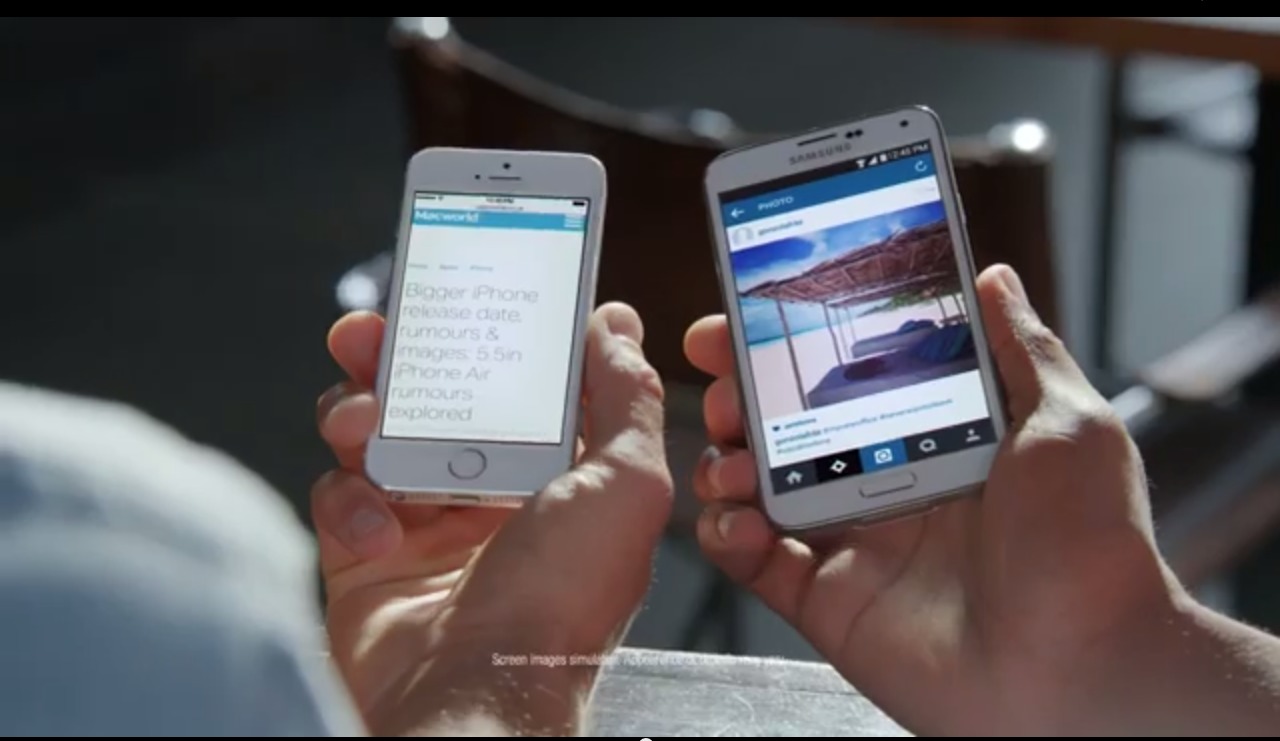 In continuing with its tradition of pulling no punches when mocking its competition, Samsung’s newly-released ad for their Galaxy S5 has once again chosen rival Apple to receive its barbs. The ad entitled “Screen Envy” pokes fun at the rumoured bigger screen of the upcoming new iPhone, and saying that Samsung users have had their bigger screen devices for the past two years.

The ad shows two men, one using an iPhone 5s and the other one a Galaxy S5. The iPhone user mentions that the rumours about the soon to be launched “iPhone 6” or “iPhone Air” for some, will have a bigger screen. The Samsung owner smirks and asks, “That hasn’t happened yet?” and then shows off his Galaxy S5’s bigger screen and puts it next to the iPhone. The voice over says the big screen “has been here the whole time,” but also takes a dig at iPhone users, saying “But maybe you like waiting.”

Rumors swirling about over the next-gen hardware for Apple puts the new iPhones to be at a 4.7-inches and 5.5-inches. The Galaxy S5, with its 5.1-inch screen is somewhere in between those two, but there are also other Samsung devices with bigger screens, like the Galaxy Note 3 (5.7-inches), Galaxy Mega 6.3 (6.3-inches) and the Korea-only Galaxy W, a 7-inch tablet phone (or phablet).

This is of course not the first time that Samsung has bragged about its advantages over Apple, albeit in humorous ways. Their previous Galaxy S5 ad called “Wall Huggers” took potshots at the notoriously fast-draining batteries of the iPhones. They portrayed the iPhone users as wall huggers, since they are always glued to walls with power outlets, charging their gadgets, while looking on with envy at Galaxy S5 users who have all the freedom to walk around, especially with its Ultra Power Saving mode.