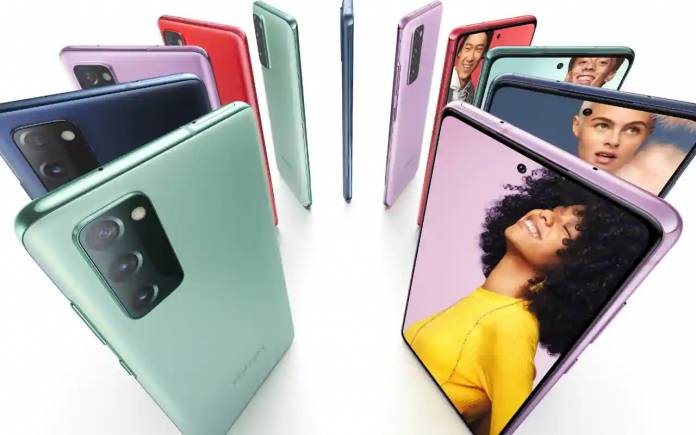 Samsung was rumored to be working on a trimmed down and an affordable variant of the Galaxy S20. The phone called Galaxy S20 FE 5G (FE stands for Fan Edition) has now popped up on the official Samsung website in Bulgaria along with another standard edition, the Galaxy S2 FE. This suggests that not one but two new affordable phones with flagship-ready features are actually in the works and should be available pretty soon. The listing shows a poster with the phone giving out its probable design.

Samsung Galaxy S20 FE 5G phone renders had surfaced on the web earlier this month depicting a flatter display with slightly curved sides. Back then, the renders revealed that the Galaxy S20 FE 5G may be available in four colors – White, Red, Orange, and the Green, and there was also information that it would be launched sometime in October for a price tag of about $750 – considerably affordable in comparison to the readily available Galaxy S20.

There is nothing official on the specs and features of the Galaxy S20 FE 5G yet, but rumors have it that the phone will have a 6.4 or 6.5-inch display with 32MP punch-hole cutout in the center. It is believed that the phone display will feature 120Hz refresh rate and its body will be made in shiny metal. The black-colored model could be made from matte or frosted plastic, reports suggest. 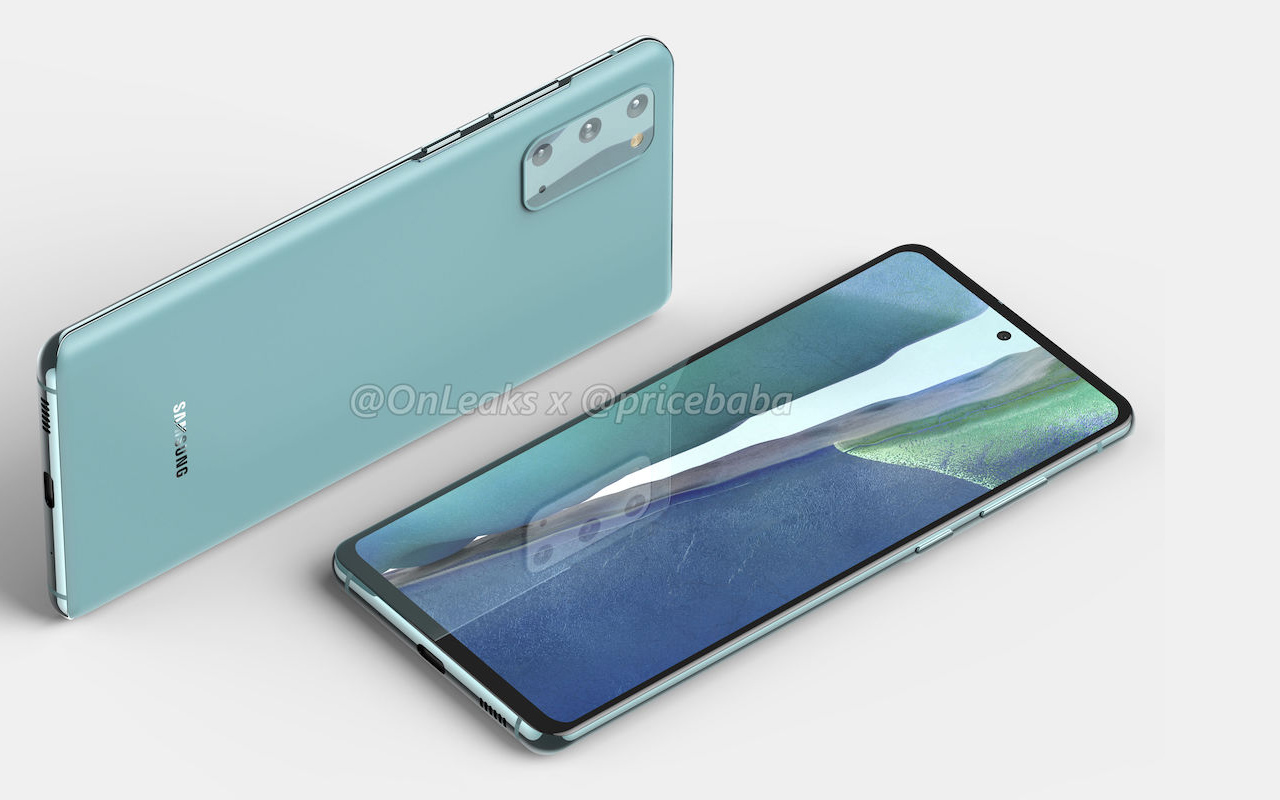 Reportedly, the Galaxy S20 FE 5G will be powered by the Snapdragon 865 processer paired to 6GB or 8GB of RAM and come with up to 512GB internal storage. The LTE model called Galaxy S20 FE will come with a different processor. The Galaxy S20 FE 5G is slated to pack in 4500mAh capacity battery with fast charging support. The phone will run Android 10 out of the box with One UI 2.5 skin on top.

For the optics, the bigger brother Galaxy S20 FE 5G will get a triple camera module comprising a mic and a flash on the back. It is expected to get 12MP Sony IMX555 – same as Galaxy S20 – as a primary camera paired with 12MP ultra-wide lens and an 8MP telephoto camera with 3x optical zoom. Renders have also shown a mic, loudspeaker, and a USB Type-C port at the bottom of the forthcoming device.