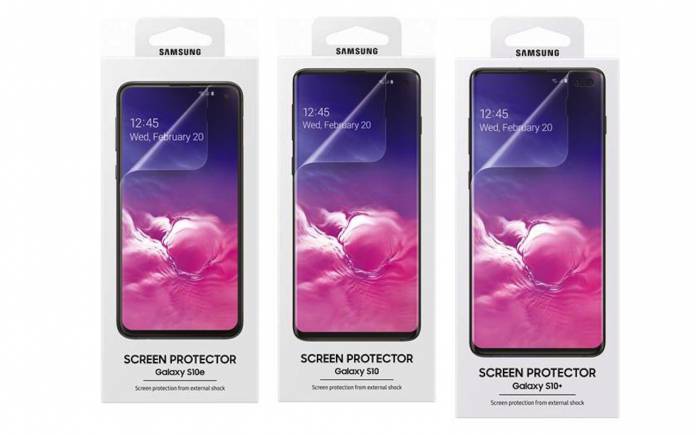 We’ve got our hands-on feature and saw probably the first teardown videos of the Galaxy S10 in the world. Pre-order is up for key markets. Some say they already received their units. T-Mobile’s unboxing video was too fast that we didn’t get all the details of what’s inside the box. The usual unit with charger can be expected but we just learned Samsung has also added a special screen protector. This is in response to the issue that the Galaxy S10 in-display fingerprint scanner may not allow a screen protector.

The issue sounded legit but Samsung solved the problem by adding its own screen protector out of the box. Unfortunately, it’s been found out that the problem is real. Those super thick screen protectors for the Ultrasonic Fingerprint Sensor from other companies don’t work.