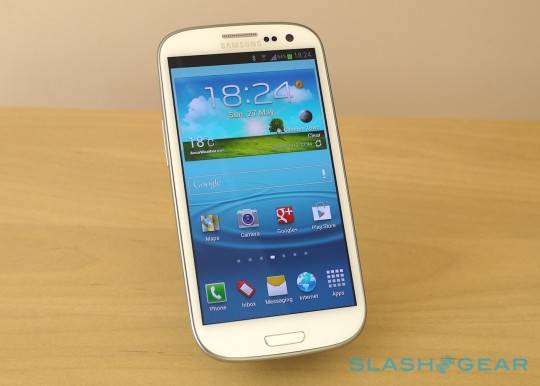 We know everyone is excited and can’t wait to see the new Samsung Galaxy S4, but it looks like Samsung also has been working hard on an updated model of their current flagship Galaxy S III smartphone. Apparently the company is looking to get a few extra miles out of last years Android king, and a refreshed Galaxy S III is on the way soon.

Now for those that are confused, this is nothing new. Samsung’s updated their main device for many smaller markets in the past, we just usually don’t see them stateside. A prime example would be the Galaxy S Advance, or the Galaxy S II Plus that both launched at each end of last year. We could be seeing the same thing soon this summer for the GSIII.

The popular journalist Eldar Murtazin posted a few details on Twitter today, reportedly confirming the refreshed Galaxy S III. He also correctly predicted the Galaxy S4 launch being March 14th, and in NYC, and has been correct in the past so we usually take his comments with a certain level of seriousness.

While the Google Translate might not be completely accurate we’re hearing the new and improved Galaxy S III that will arrive after the Galaxy S4 will be pretty decent. The screen will be improved (may or may not be 1080p) and we’ll even get a bigger battery. Apparently it will increase a few hundred mAh and Samsung will toss in a 2,400 mAh battery complete with built-in wireless charging. This was supposed to be a stock feature on the Galaxy S III, but never quite made it. For now we don’t have too many details but the Galaxy S III Plus could be coming soon.