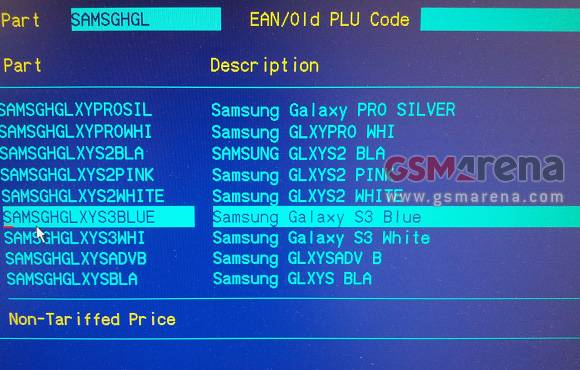 Multiple colors are coming back into style for modern superphones: you can grab a Galaxy Nexus in drab grey or arctic white, the Galaxy S II comes in black, white and hot pink, and the DROID RAZR can be had in black, white or, inexplicably, purple. According to a Carphone Warehouse inventory listing spotted by GSMArena, the much-anticipated Samsung Galaxy S III will buck that trend somewhat, coming in blue and white.

It makes a certain sort of sense: the “next Galaxy” event invitations used two amorphous blobs of blue and white (and not much else) for decoration. The blue in question may be more of a deep navy, as in the case of the Galaxy Note (which also comes in white). Since Carphone Warehouse is a UK seller and the listing mentions non-tariffed prices, it’s safe to assume that the multiple hues are a go for the UK at least. Sadly no actual prices can be seen.

We won’t have to wait long to find out for ourselves. Samsung’s Unpacked event is tomorrow in London, and given the multiplicity of leaks both unbelievable and nearly confirmed, there’s little doubt in anyone’s mind that the Galaxy S III will finally get its public unveiling. If retailers are already putting the Galaxy S III (or Galaxy S3, as it’s shown above) into their inventory systems, we can hope for a relatively quick launch after the announcement. Android Community will be on hand to cover it live.