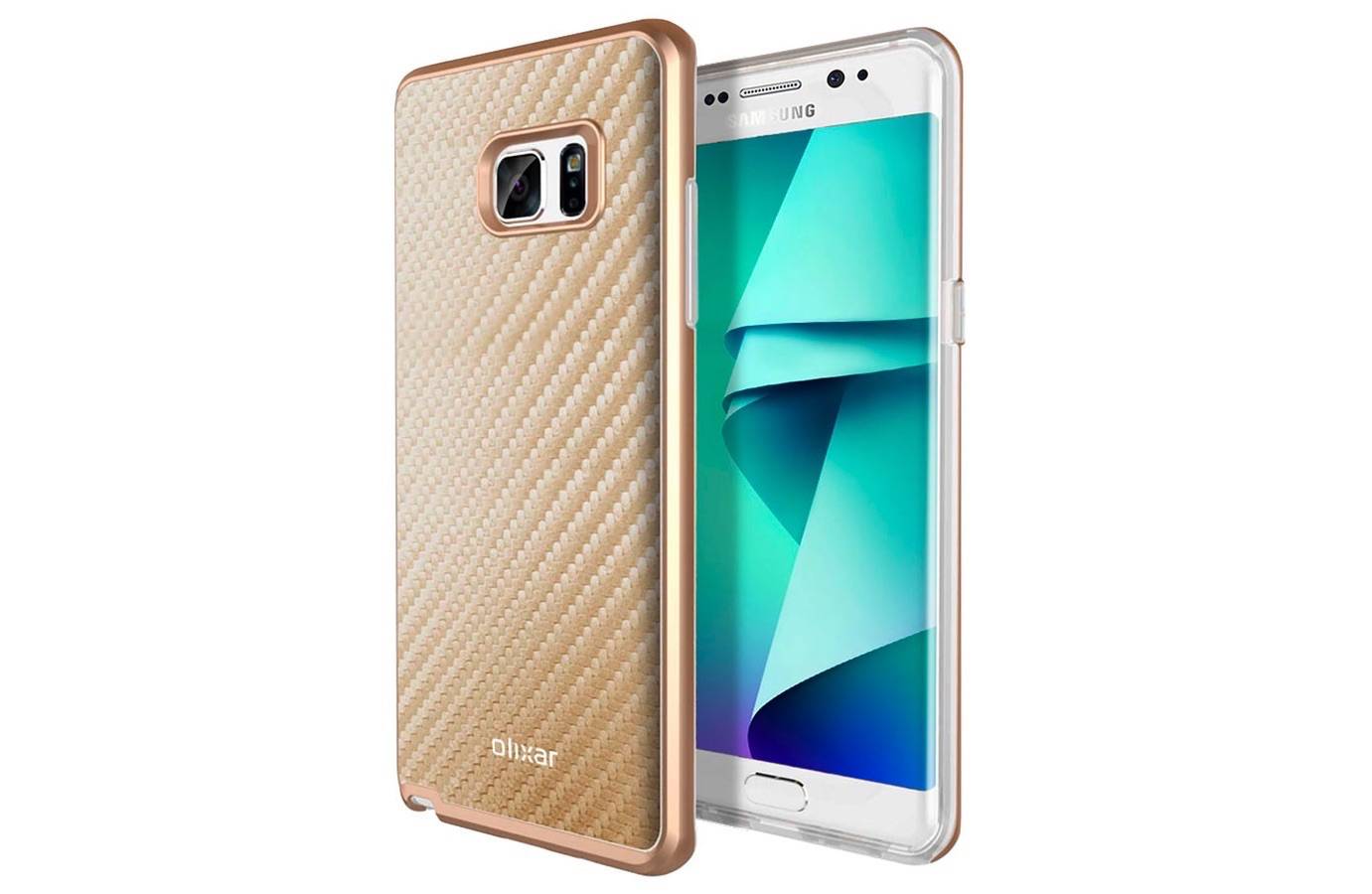 We’re still betting on that August 2 launch event by Samsung where we’ll finally see the new Galaxy Note 7 and Note 7 edge. No Note 6 this time as the South Korean tech giant is believed to be skipping the number to align the two new phablets with the Galaxy S7 and S7 edge. This also means there won’t be a Galaxy S7 edge+ now because that seems to be covered already by the Note 7 edge.

We’ve heard of a number of rumors and leaks the past few weeks and we believe more speculations will be shared until Samsung makes the official announcement. This time, no more added details but rather images of protective cases from Olixar for the upcoming Galaxy Note 7. There are no phone specs provided but the cases tell us that it’s going to be a Note 7 and some idea about the physical design of the phone.

The Note 7 phone appears to have a curved display which got us thinking if there will still be a flat variant. It’s listed as Note 7 and not Note 7 edge. Called as the NovaShield cases, these new accessories for the new premium flagship phone will be available for only $19.99 in different color and design options like Red Leather, Fibre Black, Carbon Fibre Gold, and Blue Leather.

Over on Weibo, somebody shared that the Galaxy Note 7 will arrive with an E-S PEN. It’s the all-new S-PEN with the E referring to Enhanced. So yes, let’s add the Enhanced S-Pen to this list of features and specs of the next Samsung Galaxy Note 7: 5.7-inch or 5.8-inch QHD curved display, Super AMOLED screen, 6GB RAM, Exynos octa-core chipset, 64GB onboard storage, microSD card slot for memory expansion, iris recognition system, USB Type-C port, IP68 certification, TouchWiz Grace UX, and a 3600mAh non-removable battery.