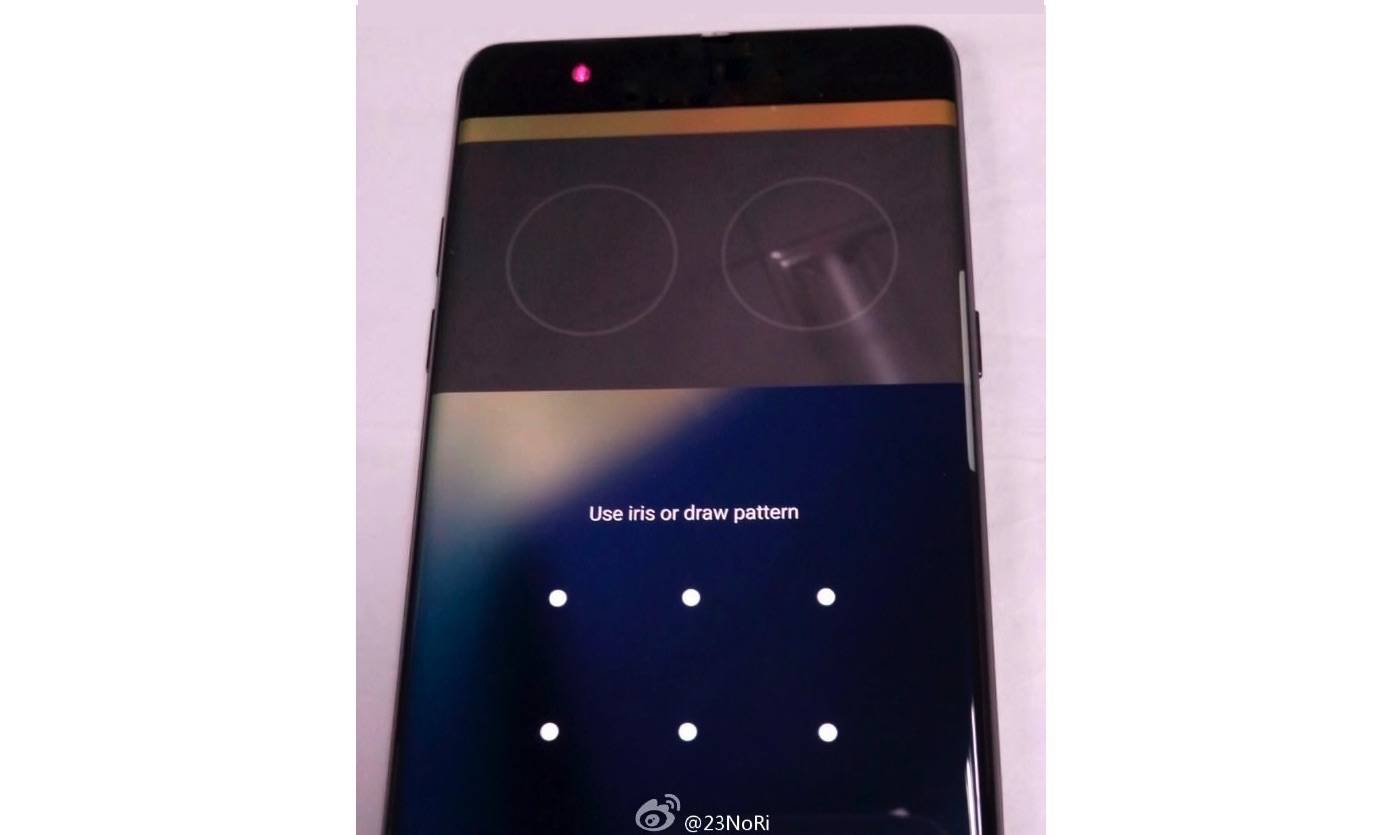 The iris scanner is one of the highly anticipated features of the upcoming Galaxy Note 7. This isn’t the first time Samsung is using eye recognition technology but it will be the first time to be used commercially. The upcoming Note 7 will have a curved edge display instead of a flat screen. The handset has been the main subject of the rumormill the past weeks and we’ll finally see it come August 2 after its official launch.

We know that most rumors and leaks come from China even if the device is originally from South Korea. We’re even guessing that more photos and information will be leaked especially now that Samsung confirmed its launch and has sent out press invites.

Over at Weibo, a new set of photos were leaked. The images now give us an idea about the iris scanning entry interface when you want to unlock the device. We’re not sure if this is final already but at least we have some information.

The boot interface starts with a simple screen and then shows instructions on how to hold device away from your face. Distance must be at least 25-35 cm away. The iris scanning magic starts when you position your eyes within the circles provided on the screen. Depending on your settings, you will be asked to use your iris or draw a pattern.

Iris scanning is relatively a new technology so it may not be perfect yet. There may be some issues depending on the lighting condition too. Others are saying that it’s better than facial recognition because an iris scanner uses infrared to scan. With infrared, an eye-print can still be recognized easily even at night.

We’re excited to try this iris scanner and see if it’s really as fast as a fingerprint scanner. So yeah, I guess we’ll just have to wait and umm…”see”.