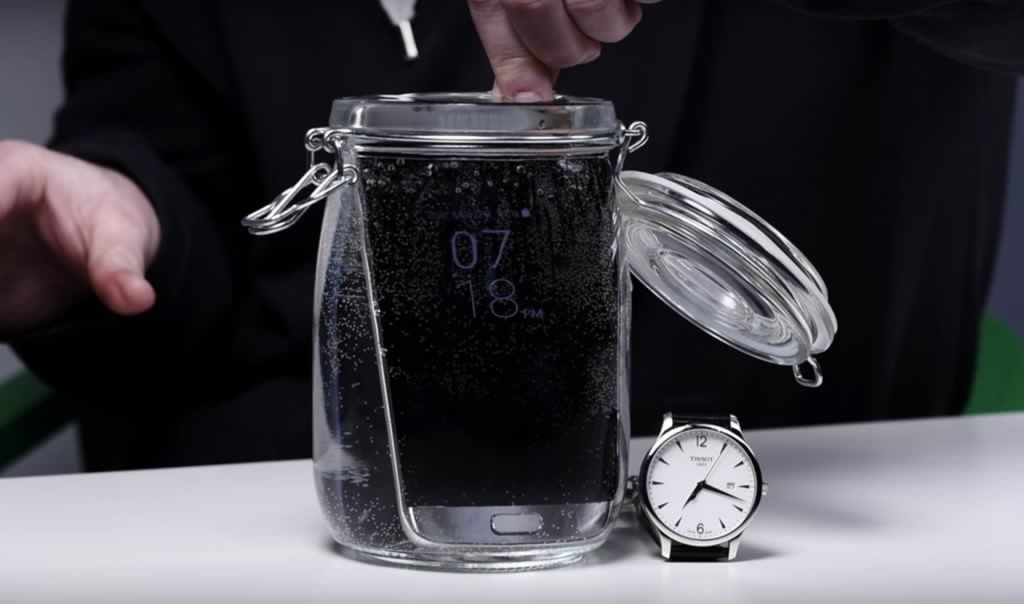 The Samsung Galaxy Note 6 (if that is what it will be called) is still a few months away from being announced or launched, but already there are some rumors about it. Sources are saying that the upcoming flagship phablet will have IP68 water resistance, just like the current Galaxy S7 smartphone. And even more exciting, if the rumors are to be believed, it will come with an iris scanner, which should make it the first Android device to have that kind of security.

If the Galaxy Note 6 will indeed have IP68 certification, it will be able to survive a half hour immersion in 1.5 meters of water. Or if you believe a recent experiment on a YouTube channel, it can even survive 16 hours of immersion in a jar of water. If ever, it will be the first water and dust resistant phablet from Samsung, although the Galaxy S7 edge is also IP68 certified and has a 5.5-inch display, so some may classify it as a phablet.

The even juicier rumor is that the Note 6 will sport an iris scanner which may allow you to unlock your device and apps by placing it in front of your eye. Samsung has reportedly sent an iris cam to India for research and development tests and experiments. There is no mention of the Galaxy Note 6, but since it is expected to be the next major smartphone to be launched, then we can assume that the iris scanner is for the phablet.

Previous rumors have said that the upcoming Note will have a 5.8-inch display and maybe even 6GB RAM. There is also no confirmation, but it might be released to Europe, to make up for that Galaxy Note 5 shaped hole in that market.