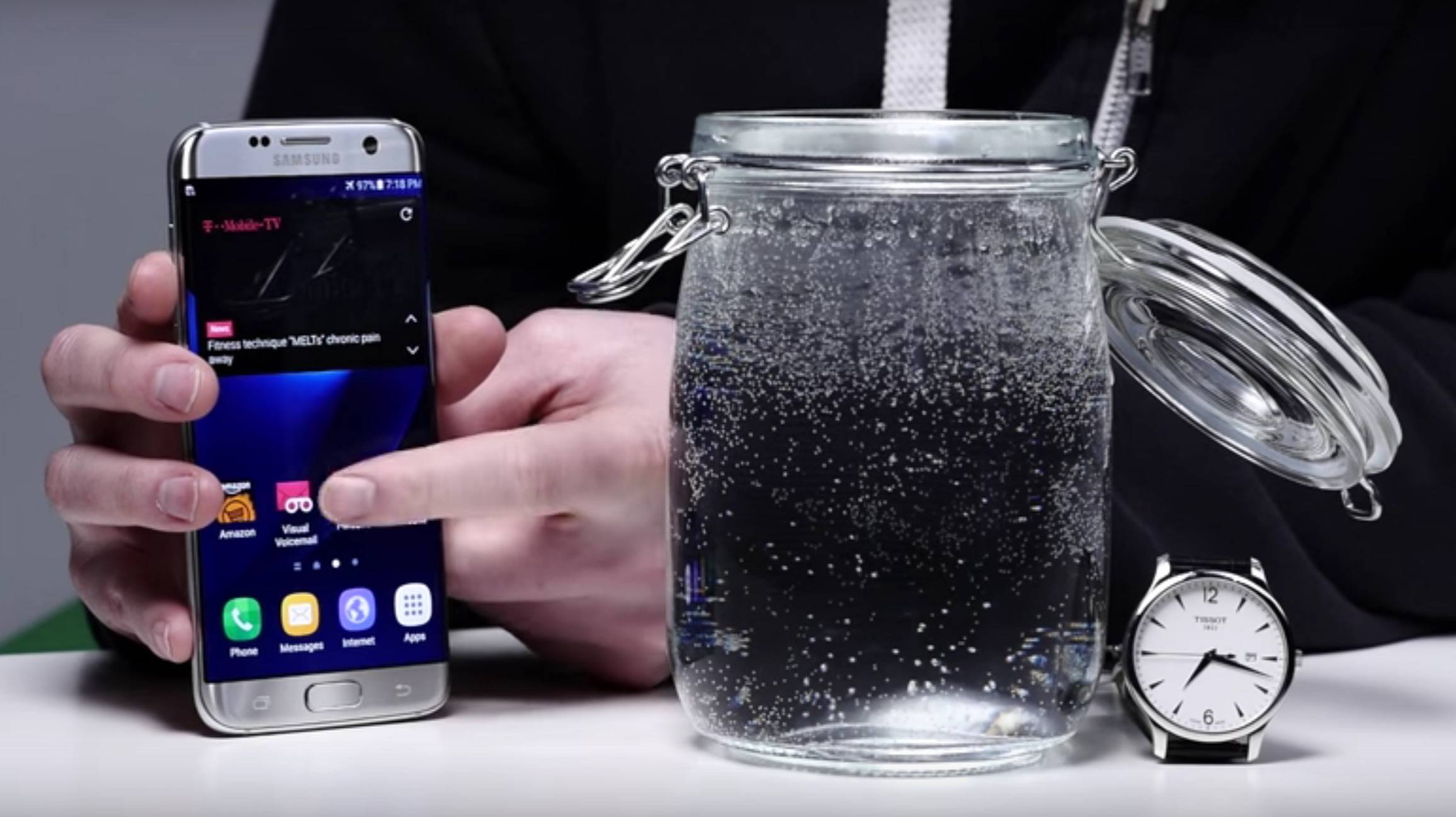 There is something fascinating about watching YouTube channels that torture the heck out of new devices that have been recently released in the market. As long as it’s not your own device that’s being scratched or hit or dunked in liquids to test their endurance, then it is fun to watch. Unbox Therapy wanted to test the water resistance of the Samsung Galaxy S7 by going to the extreme, and apparently, the new flagship was up for the challenge.

We’ve seen a lot of people testing out the waterproof claims of the Galaxy S7, but this is probably one of, if not the longest in terms of number of hours of immersion. Lewis Hilsenteger, the hyper host of Unbox Therapy decided to put the smartphone in a mason jar full of water and leave it overnight from 7PM until 12PM the day after, just to see what would happen. 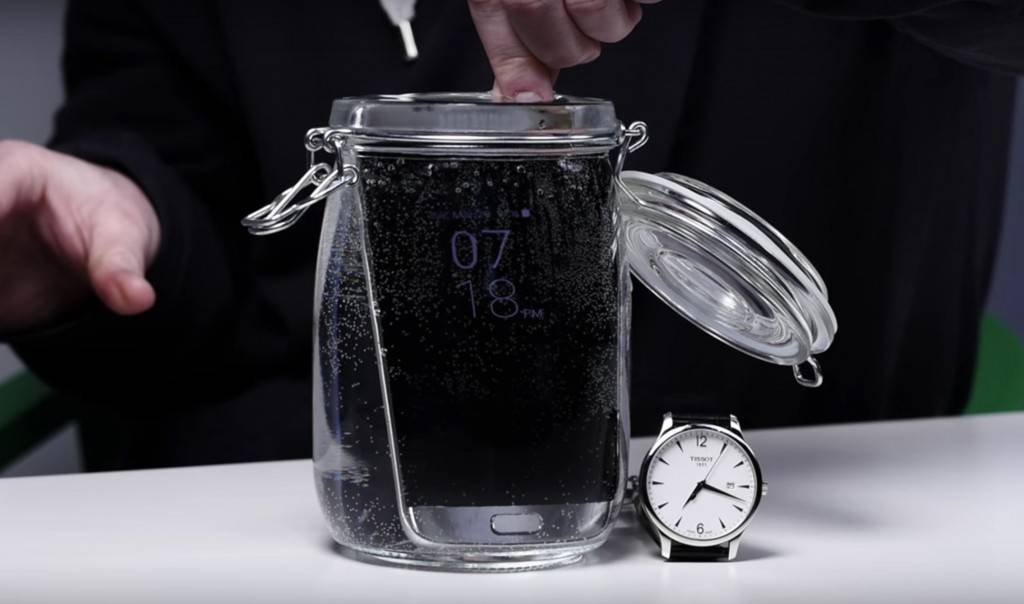 Of course he had a time-lapse video to prove there was no trickery involved, and after 16 hours and 36 minutes of immersion, apparently the Galaxy S7 was still fully functioning. He scrolled through the device to show viewers that at least the display was still working and all. It would have been great if he opened some of the apps to show if it was really working, but he may have his reasons. 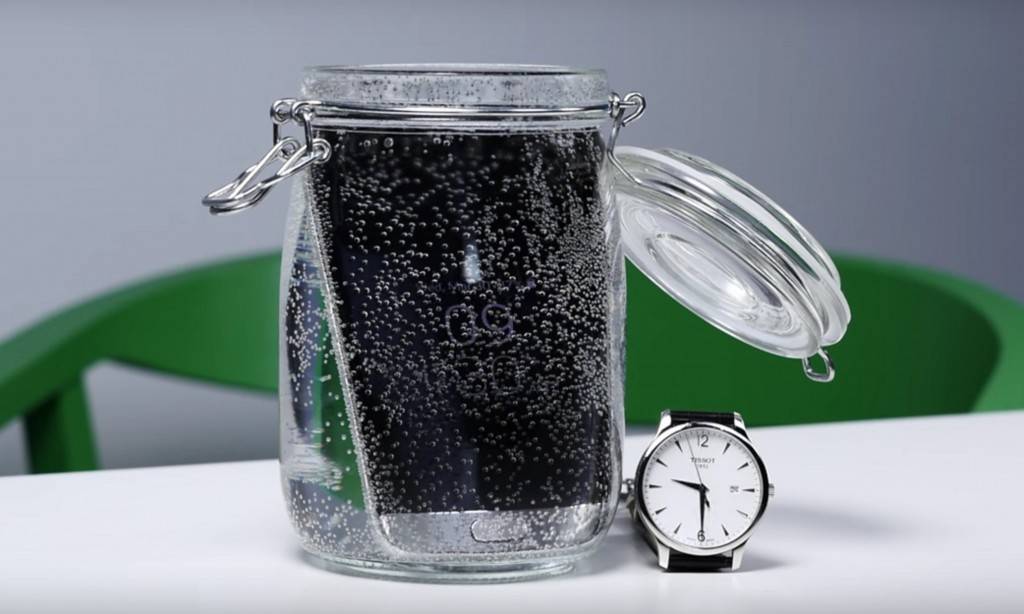 Officially, the smartphone has an IP68 classification, which means it can be submerged in water as deep as 1.5 meters for around 30 minutes. After seeing this video, don’t just go and decide to go for a swim with your Galaxy S7 because of course, you won’t be able to claim insurance if something does go wrong. But of course, it is a comfort to know that if you did spill water on it, it won’t be damaged. 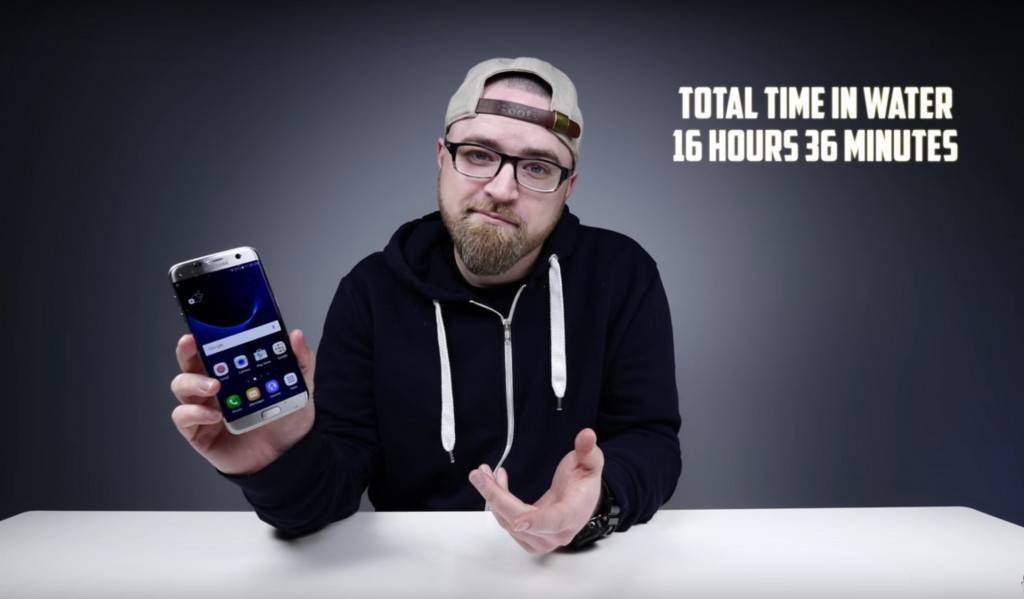