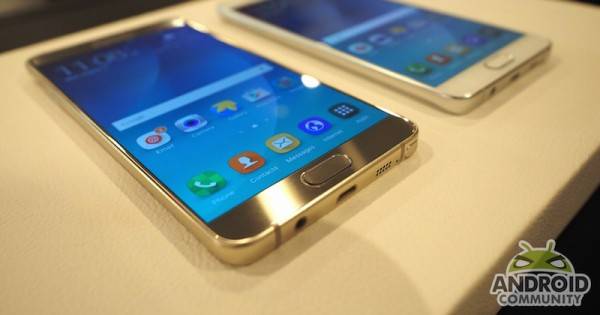 These might just be the imaginings of a Galaxy Note fan in Europe who’s still hoping to get their hands on the OEM’s newest phablet, but reports are saying that the Galaxy Note 5 has made an appearance in Samsung’s own website. This has given hope to those who are frustrated that Samsung decided not to sell the device and its semi-controversial S Pen in the European market. But just don’t get your hopes up too much as these are just unconfirmed rumors.

The official statement from Samsung is that they will only be selling the Galaxy Note 5 in selected markets, and this does not include Europe. Some sites have been able to get a hold of the list on where the device will be sold, and it doesn’t have any European country there. The reason behind this is they want to sell where the Note series has been selling well, and then push the almost similar but S Pen-less Galaxy S6 edge+.

But some have spotted the SM-N920F on the official website, but some are also saying that it is just the SAR (Specific Absorption Rate) value of the F-variant and shouldn’t be seen as a sign that a Europe launch will be coming anytime soon. Some Korean websites are insisting though that an August 28 Europe launch will happen. And since that date is near, then let’s wait and see.

But for now, we’ll have to stick to the official statement from the Korean OEM that the Galaxy Note 5 will not be heading to Europe anytime soon. At least they won’t have to deal with the S Pen-gate issue right now.