So now you’ve seen the sleek beauty of the Samsung Galaxy S6 edge+ and enhanced productivity of the new Samsung Galaxy Note 5. Maybe you’ve thought of getting one. Maybe you even already put up a pre-order, which has started today. Now the question becomes “when will I be able to get my hands on the real device?” Or more importantly, “how much of my arm and/or leg will it cost?” Fortunately for interested buyers, Samsung is throwing the Galaxy Note 5, and the Galaxy S6 edge+ of course, across all available channels. Unfortunately, it might indeed cost you some limbs.

Pre-orders have already started today but the phablets won’t be launching until August 21, which isn’t that far away. In the meantime, retail locations will be offering hands-on experiences to let you get a taste of what you’re trying to buy. That might be critical for the Galaxy S6 edge+, as it might not be to everyone’s taste.

As for where, naturally all major US carriers will be making it available, which includes Verizon, AT&T, Sprint, T-Mobile, and U.S. Cellular. Samsung will have its own little corner at Best Buy, of course, but you can also try out Target, Sam’s Club, Costco if those are more accessible. Online, you will be able to buy them off Amazon and Best Buy.

Prices will vary from carrier to carrier, but it will give you an idea of what you’re signing up for.

On AT&T, the price list for the Galaxy Note 5 is as follows:

Unsurprisingly, the Galaxy S6 Edge+ will cost a bit more: 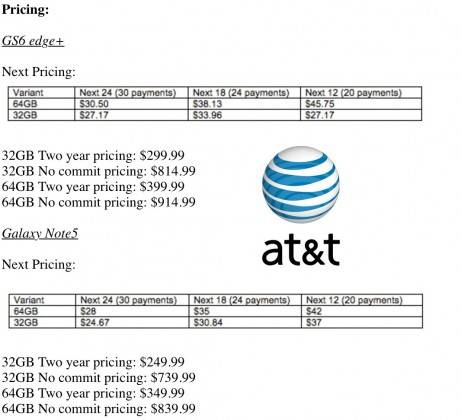 These are Verizon’s prices for the Galaxy Note 5

Verizon’s pricing scheme for the Galaxy S6 Edge+ goes like this: 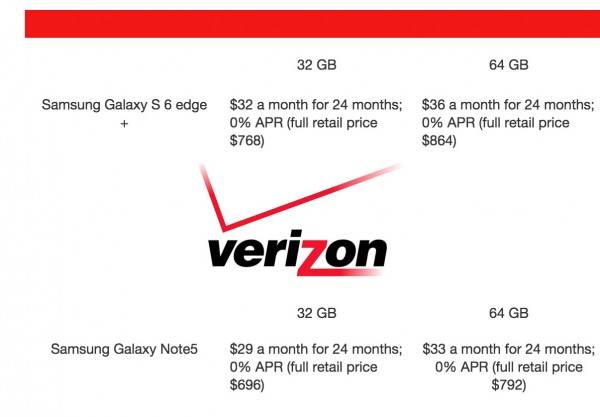 We have yet to hear from T-Mobile and U.S. Cellular so watch this space for updates

Be sure to check our hands-on of the Galaxy Note 5 and Galaxy S6 edge+ to see what’s coming to your hands soon.