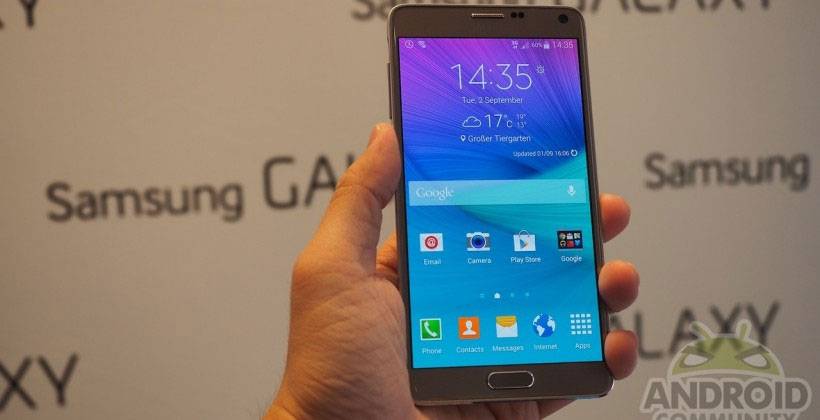 One of the most important parts of a smartphone of any size is the screen. If the images we see look bad because of a poorly performing screen, it doesn’t matter as much how the rest of the smartphone performs. DisplayMate has recently conducted a test of the OLED screen used on the Galaxy Note 4 and the Galaxy Note Edge.

The Note 4 has a 5.7-inch screen with 2560 x 1440 resolution with the Note Edge offering a similarly sized screen with a section that wraps around the edge of the device. DisplayMate says that the Note 4 screen has higher image sharpness than a person with 20/20 vision can resolve. Four different user selectable modes on the Note 4 screen were tested with each offering different results. In Adaptive Display Mode, the Note 4 screen shows 130% of the standard sRGB /Rec. 709 color gamut, which is the highest ever measured for smartphone or tablet displays.

In AMOLED mode, the screen was tested with Adobe RGB color gamut and showed what DisplayMate calls a “very accurate calibration” which is rare in the consumer display market. In Basic Mode, the Note 4 was able to show 101% of the standard sRGB/Rec. 709 gamut making it the best screen ever tested on a smartphone or tablet.

DisplayMate also found in testing that the Note 4 screen has over 400 cd/m2 of luminance making it comparable or higher than other screens in its class. It also has one of the lowest screen reflectance scores around at 4.8%, close to the lowest rating measured. Results for the Note Edge were very similar. the Samsung Galaxy Note 4 smartphone will launch in October.