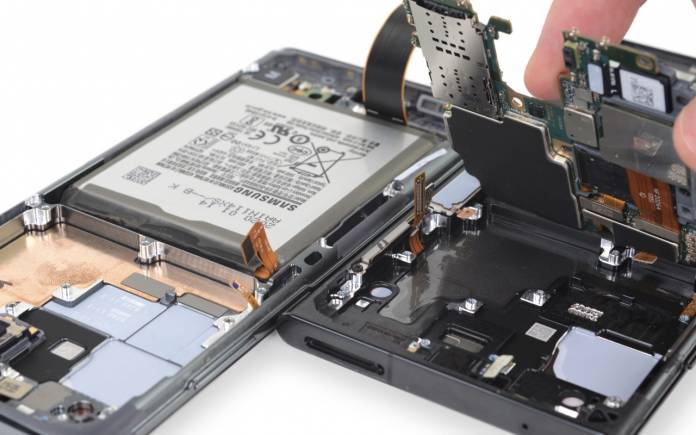 The Galaxy Note 20 Ultra is the latest premium flagship from Samsung. The South Korean tech giant has recently introduced two new entries to the Galaxy Note line alongside a slew of other products like the Galaxy Z Fold 2 and the Galaxy Tab S7. The new Galaxy Note is in hot water these days because of some issues being reported. It’s not exactly a problematic device. We just heard some problems like that green tint that was previously evident on the Galaxy S20.

Some structural and camera defects have been reported as well. There were also complaints about the camera system getting foggy inside. Now we’re learning some “hot” experiences with the Galaxy Note 20 Ultra. This is something we want to keep track of given Samsung’s history with the Galaxy Note 7 a few years ago.

We already read similar observations from other tech blogs. IFixit just posted its observations and why the company used competing cooling systems inside the phone. It’s been discovered that some Galaxy Note 20 Ultras use graphite thermal pads. Other units copper vapor chamber system.

It doesn’t seem one cooling system is for the Exynos version and another one for the Snapdragon variant. IFixit noted that feeling the phone doesn’t always mean overheating. It could mean the heat is actually passing effectively from the CPU and GPU to outside.

iFixit shared that according to thermal systems engineer, Greg Kramer, the thermal problems can be solved in different ways. He explained, “There is little difference in performance between [vapor chambers] and the graphite. As long as you take the gap tolerances into consideration, it can be simple enough to swap them out for each other.”

There isn’t much difference between the two cooling systems. Both copper vapor chambers and graphene-based cooling solutions work. The difference inefficiency isn’t a big deal. It’s all about marketing and pricing. Samsung has always been known for sourcing components from different brands so this shouldn’t really come as a surprise.