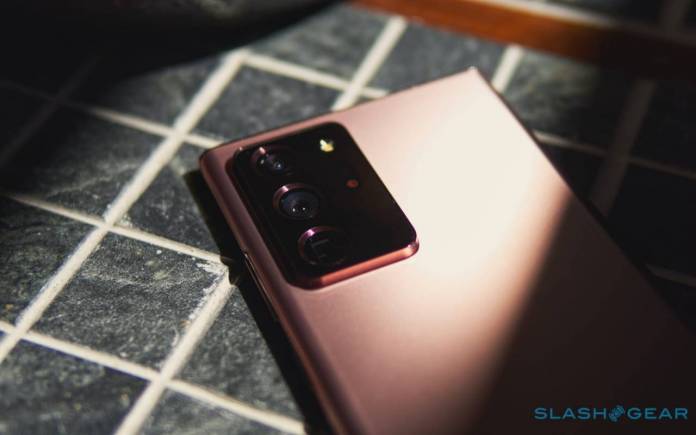 This is perhaps the first problem we have heard about the Galaxy Note 20. Not that we’ve been expecting it would be perfect but we’ve had high expectations about its camera. We’ve been saying the new Galaxy Note 20 series brings professional-grade camera features so perhaps it is fair to expect high performance from either the Note 20 or Note 20 Ultra. We already managed to get our hands on one but we have yet to do a comprehensive review.

The phone has already rolled out in South Korea. Naturally, what follows are some reports of issues with the camera system. Upon checking Samsung’s Korean community forum, there are some posts there that say the camera modules show some fog after a change in temperature.

The three cameras appear to be covered by fog. It could have happened naturally but for an expensive smartphone, it shouldn’t be happening. Samsung should already know better but maybe it didn’t expect this to happen.

The report isn’t an isolated case. Other Galaxy Note 20 users have also shared the same experience. One common event is when you take out the phone from an air-conditioned room and then outdoors.

The user that shared his experience said he took the device to a Samsung service center. The explanation from a Samsung employee was that the phone is normal. It’s apparently ambient moisture that enters the phone through pressure-regulating air vents. As it happens, the moisture condenses into fog.

It’s an obvious explanation because it really happens during extreme temperature changes. It’s natural according to Samsung so it’s not liable for any replacement or repair. The camera system isn’t affected but with the fog inside, photos taken will not be clear. It won’t be solved by any software update because it’s a natural phenomenon.