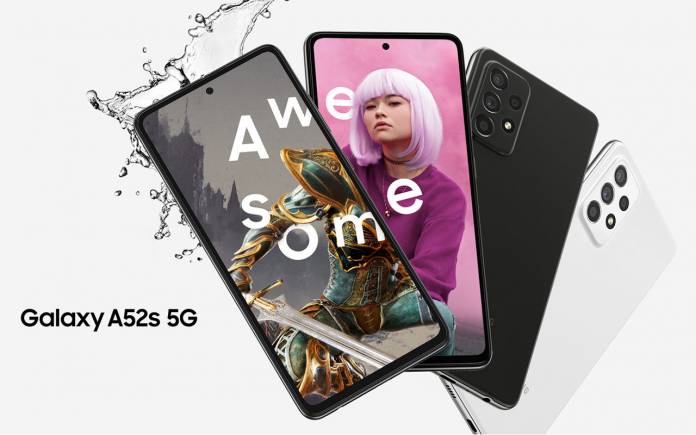 It was only in August that ZTE Axon 30 made a miraculous claim to feature 20GB RAM onboard. This was interestingly achieved through virtual extension of about 8 gigs of RAM in addition to the 12GB RAM in hardware. Now, this trend of virtual RAM, that many Android OEMs are following, seems to have caught Samsung’s eye as well. The Koreans are introducing RAM expansion to the company’s new Galaxy A52s 5G in India through a software update.

According to the information first received by SamMobile, the latest firmware update for the Galaxy A52s 5G launched recently in India, will be introducing an additional 4GB of RAM. The addition of virtual RAM rolling out in the update is called RAM Plus.

Reportedly, the Galaxy A52s 5G will receive up to 4GB of RAM upgrade through the software update, which comes as A528BXXU1AUH9 and is rolling out in India. In addition to the RAM expansion, the update, according to the changelog, will also bring improvement to the camera stability. 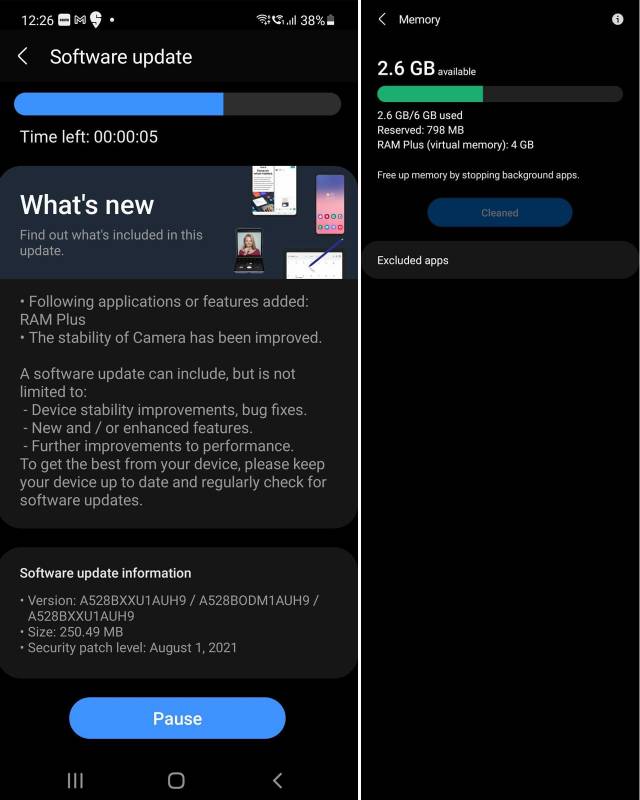 Weighing 250MB in size, the new update will also improve the overall performance of the phone. Users can download and install this update through the phone Settings > Software update.

The RAM Plus feature from Samsung will expand the RAM virtually, which is really how the memory paging feature has been employed by the company’s like Realme in their phones as DRE (Dynamic RAM Expansion).  For some users, including us, this new norm of virtual RAM comes as a surprise in 2021.

The provision of using idle ROM for RAM operations isn’t really as quick as the hardware components. But since more and more companies are now using the concept of virtual RAM, this could be because built-in storage options are becoming quicker in the new-age phones.