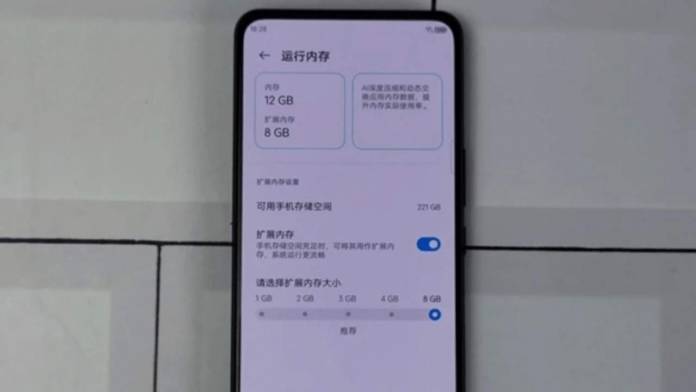 ZTE is a titan of sorts in smartphone innovation courtesy the fact that it’s the first to introduce a smartphone with an under-display camera. Staying true to that image, the company is now claiming to have upped the ante with the introduction of ZTE Axon 30 claiming to feature 20GB of RAM. Hold your breath, that’s actually more RAM than in your PC or laptop. But this humongous upgrade is more virtual than hardware impetus.

The concept of virtual RAM isn’t new but it’s fancy and important to smartphones. Axon 30 has implemented it to full advantage, if we can say that, to beef up RAM to 20GB without integration of any additional hardware component.

The technology here is actually using the Axon 30’s idle ROM as RAM. This means about 8GB of the phone’s 256GB is being allocated by the manufacturer for RAM operations, thus increasing the already impactful 12GB of RAM or 20GB on the phone.

Interesting bit from a user perspective is that this allocated RAM will minimize the actual storage by 8GB. And as seen from previous use cases, the virtual memory isn’t as quick as the hardware component, which can have a bearing on user experience, per se, in an identifiable lag while launching apps.

That said, Axon 30 is the second smartphone featuring 16MP under-display camera. It comes with a 6.92-inch FHD+ OLED display and is powered by the Snapdragon 870 processor. The phone has a quad-camera setup spearheaded by a 64MP camera while its 4,200mAh battery supports 55W fast charging.