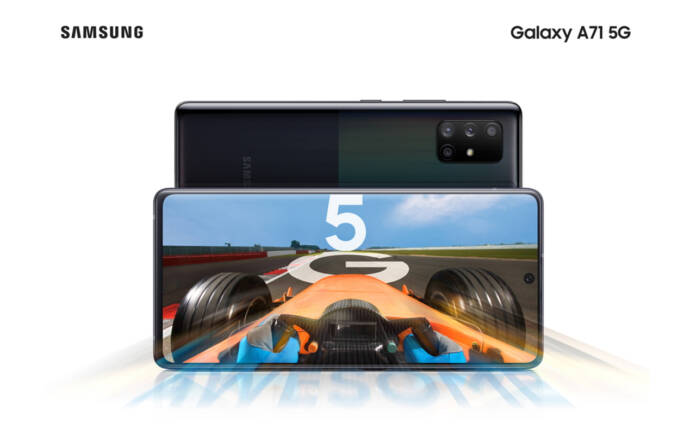 Mid-range Samsung LTE phones like the Galaxy A51 released in December last year and the much fresher Galaxy A71 have been pretty successful with the users. Both these phones offer solid hardware, Samsung’s One U1 2.0 and run Android 10 at a competitive price point. Seeing the success of both these handsets, Samsung wants to make the 5G technology accessible to those who don’t want to spend a fortune on flagship series, such as the Galaxy S20.

South Korean company has announced the 5G versions of the A51 and A71 in the US market with availability in summer 2020. It’s safe to presume that the phones will have a different processor to their LTE brothers and will support mmWave and sub-600MHz spectrum 5G. In all probability, the premium Exynos 980 SoC from Samsung SLSI having the latest Cortex-A77 CPU is going to be used.

Both these phones will have a 4,500 mAh battery capacity with fast charging capabilities to get you through a day of intense gaming or binge-watching. Also, both of them are offered in 6GB/8GB RAM and 128GB internal storage options with support for expandable memory up to 1TB. There’s an AI-powered Game Booster feature which maintains the performance of the phone when needed. The Galaxy A51 5G has a 6.5-inch Super AMOLED Infinity-O display while the Galaxy A71 5G comes with the 6.7-inch Super AMOLED Plus Infinity-O display.