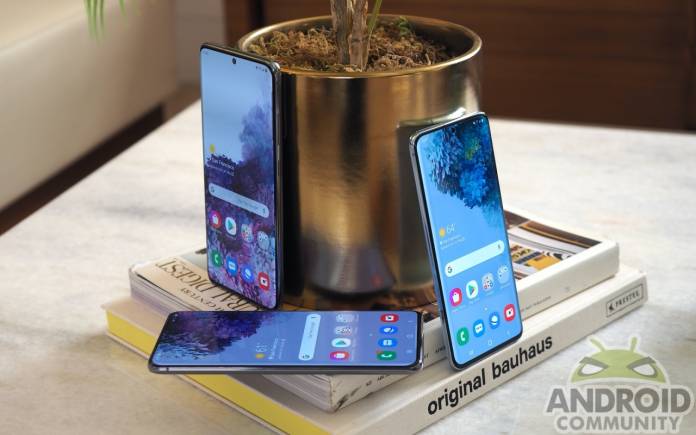 5G is the big buzzword in mobile and tech markets for the past year or so and it’s no surprise that Samsung is playing that game in full this year. But if you look more closely, 5G is almost just another bullet point rather than the main attraction. The latter distinction belongs once again to the cameras, which is evident in both the design and the marketing around the Galaxy S20 triplets. The good news is that, at least on paper, they seem to be all that they’re hyped to be. The bad news is that, as expected and feared, that evolution is going to cost you a lot more than ever.

Let’s get the most obvious out of the way. The Galaxy S20’s cameras are the most prominent and most distracting part of the three phone’s designs. Especially on the Galaxy S20 Ultra where the bump takes up half the width of the phone. Personal aesthetic tastes aside, this pretty much sums up the early 2020 Samsung flagships’ focus in a very visual way. 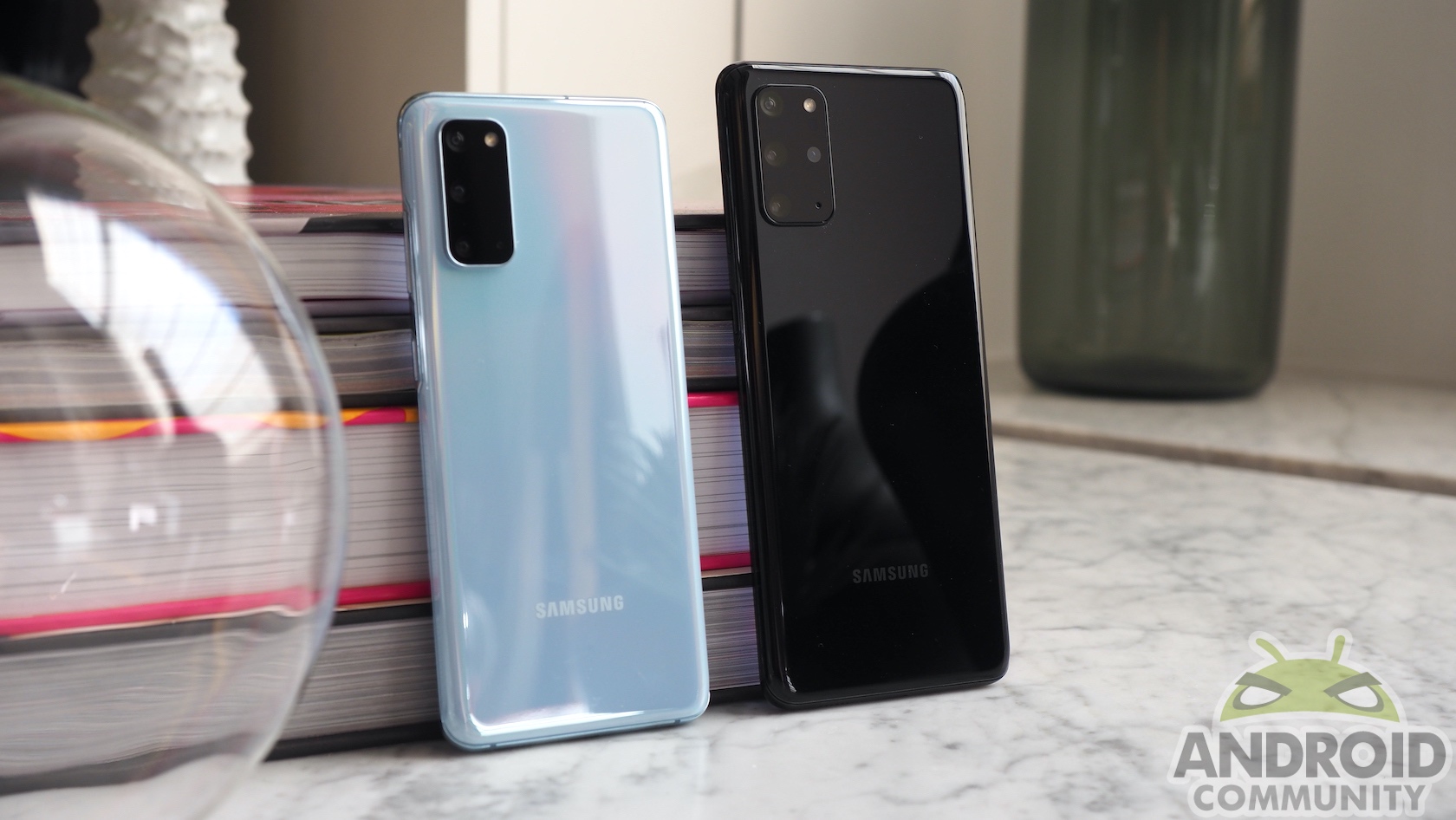 The three Galaxy S20 models only have one imaging sensor that’s the same across all models, the 12 megapixel 120-degree ultra-wide camera. Yes, both have a 3D Time-of-Flight (ToF) sensor but it only serves an AR-related purpose on the Galaxy S20 and the Galaxy S20+. On the Galaxy S20 Ultra, it’s also utilized for autofocus.

Whereas the Galaxy S20 and Galaxy S20+ get a rather boring 12 megapixel f/1.8 normal wide camera, the Galaxy S20+ Ultra gets that fabled special 108 megapixel f/1.8 sensor instead. Pixel binning is the name of the game, or nano-binning to be more precise. That simply means that the camera software compresses nine pixels into one to produce a crisp 12 megapixel image. Thee AI camera software will also suggest using the full 108MP resolution if it deems the conditions good enough for it but be prepared to lose around 45MB of storage space for a single shot. 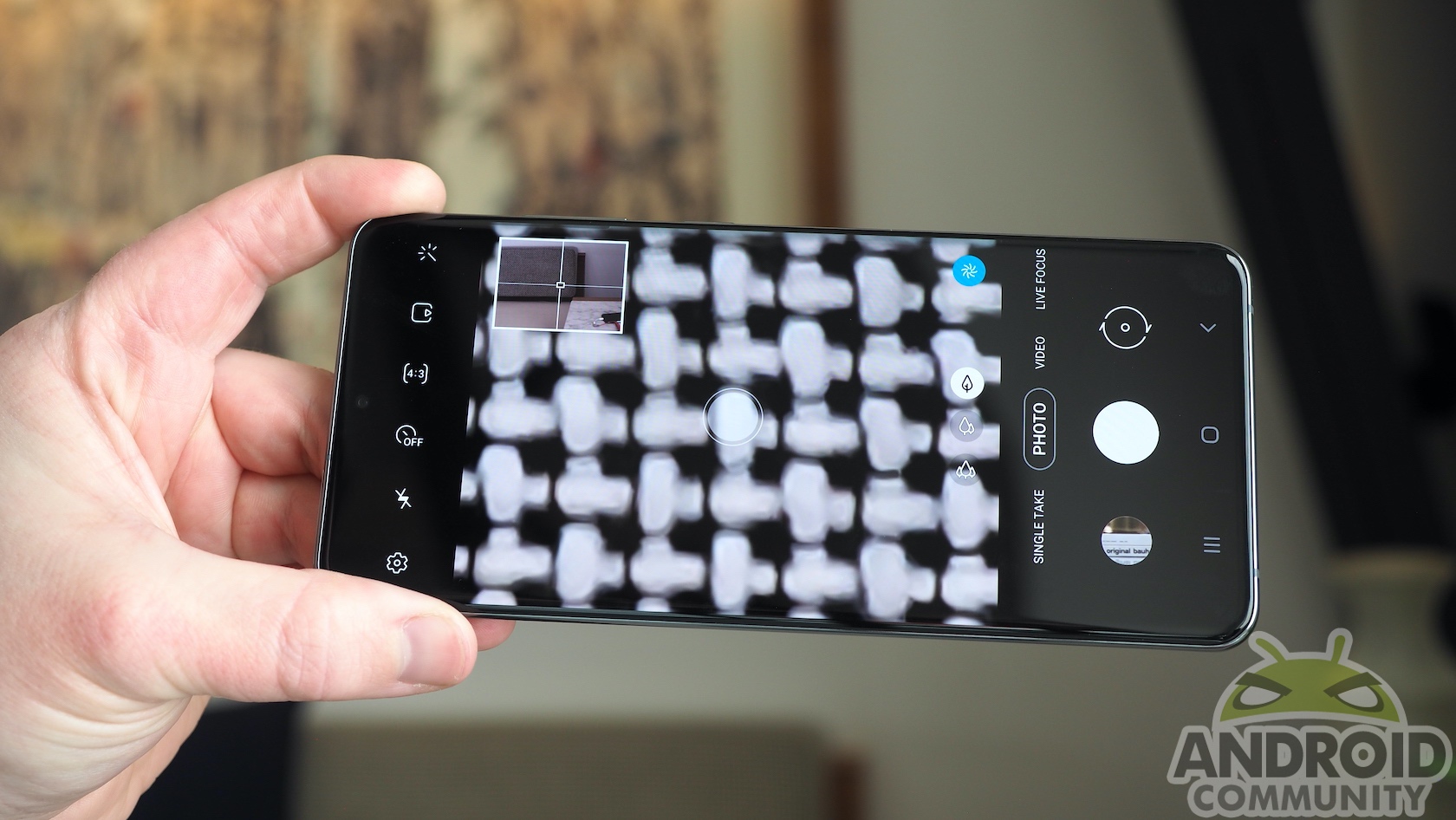 A big highlight, and probably the source of some aesthetic consternation, is the so-called “Space Zoom” on the Galaxy S20 Ultra and it is as gimmicky as it sounds. Granted, the 10x lossless zoom made possible by a 4x folded optical lens is quite the feat, employing a sideways layout and prisms to compress the parts into a small space. The end result of a 100x AI-augmented zoom, however, is less than impressive. Then again, compared to the 3x lossless zoom, with 30x “AI zoom”, on the Galaxy S20 and S20+ may not exactly be that much to write home about.

Strip away the cameras and you still get a pretty powerful 2020 premium phone that will at least be worth your hard-earned money. That includes the Qualcomm Snapdragon 865 which brings in the 5G we’ll get to later. It draws power from 4,000 mAh, 4,500 mAh, and 5,000 mAh for the Galaxy S20, Galaxy S20+, and Galaxy S20 Ultra, respectively.

For the first time, Samsung is being rather generous with the RAM with a starting 12GB of memory, 16GB max for the Ultra model. While that alone might be reason enough for Samsung fans to celebrate, the company is actually offering a feature via its One UI 2.0 that few if not no OEM does. It allows users to select a few apps that will always stay loaded in memory. Probably best not to put memory hogs in there, though.

Will the real 5G please stand up

Next to the cameras, Samsung does shine the spotlight on 5G as well but the narrative hear is less clear-cut than with photography. Yes, all three phones have 5G built-in but not all of them are created equal. In addition to considering whether you even have access to 5G networks in your country, your carrier of choice will also determine which of the three you will get. 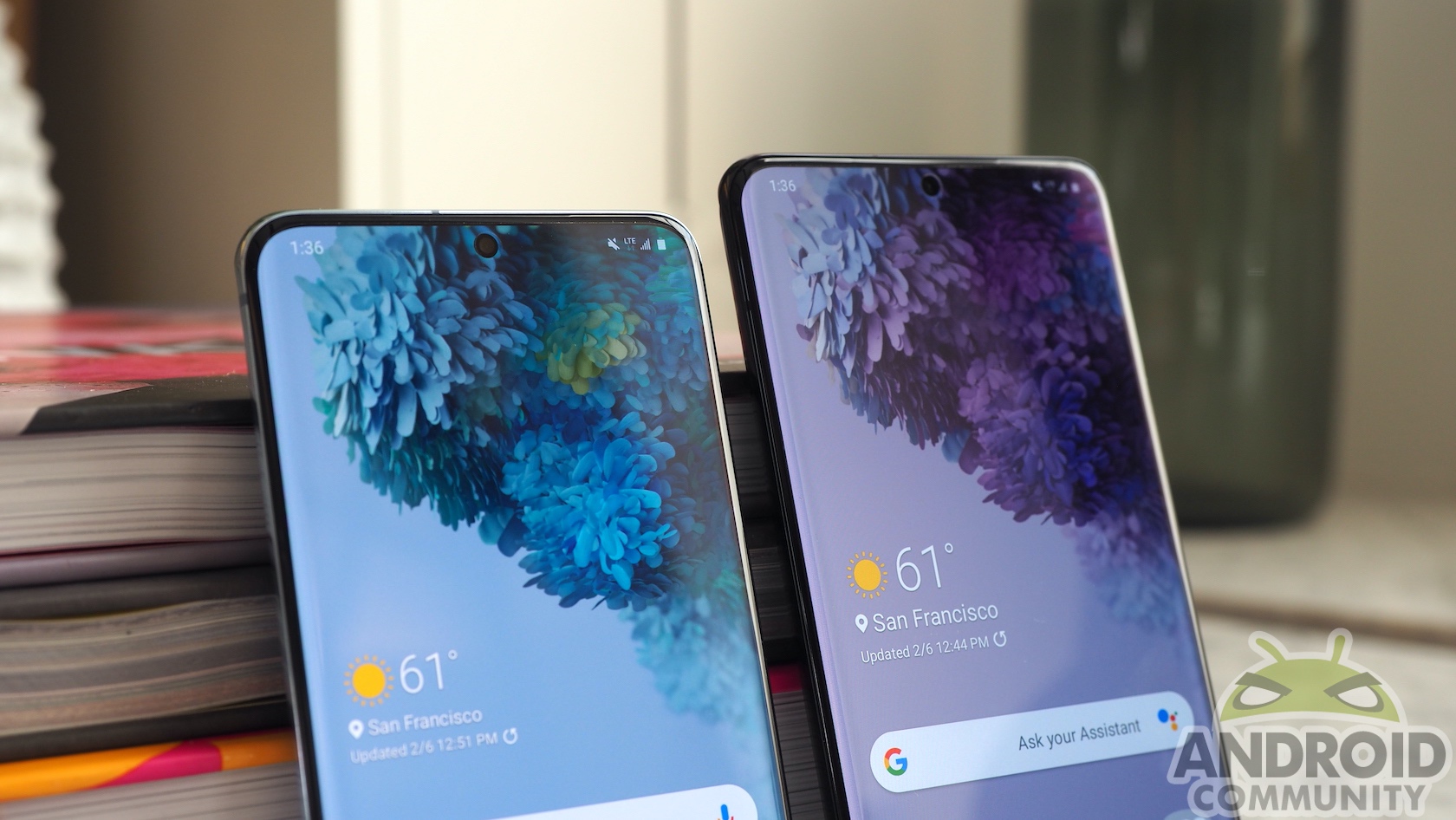 In a nutshell, all three support the so-called low-band 5G dancing on the Sub 6GHz band, the kind of 5G that offers better compatibility with existing 4G networking hardware but at expense of not exploiting the full speed that 5G is capable of. However, only the Galaxy S20+ and the Galaxy S20 Ultra are compatible with the mmWave range that offers insanely fast speeds at the expense of shorter ranges. That can complicate matters a bit. The Galaxy S20, for example, won’t work on Verizon’s mmWave-only deployment.

Good thing, then, that Samsung is offering consumers three phones to choose from. Except it really isn’t giving them much choice because the prices are killers. In Samsung’s mind and its marketing push, the cheaper and smaller 6.2-inch Galaxy S20 isn’t really replacing the Galaxy S10e and the $999.99 price tag is testament to that. This is truly the Galaxy S10’s successor and it allows Samsung to push its baseline higher than before.

The $1,199.99 Galaxy S20+, with its 6.7-inch screen, replaces last year’s Galaxy S10+ and seems to be that sweet spot in the middle. However, it only means you’re paying a lot more just for a larger screen. The hulking 6.9-inch Galaxy S20 Ultra is, of course, the new kid on the block and has the best that Samsung has to offer, including that large camera bump housing those large sensors. If you can afford the $1,399.99 price tag.

Samsung has clearly stepped up its game with the Galaxy S20 series in more ways than one. Some, however, may not be the big step forward some might have hoped. The phones do have better versions of everything but those come at quite a high cost. It will definitely be a hard choice to make, which is probably why it’s keeping last year’s flagships longer and with big discounts. 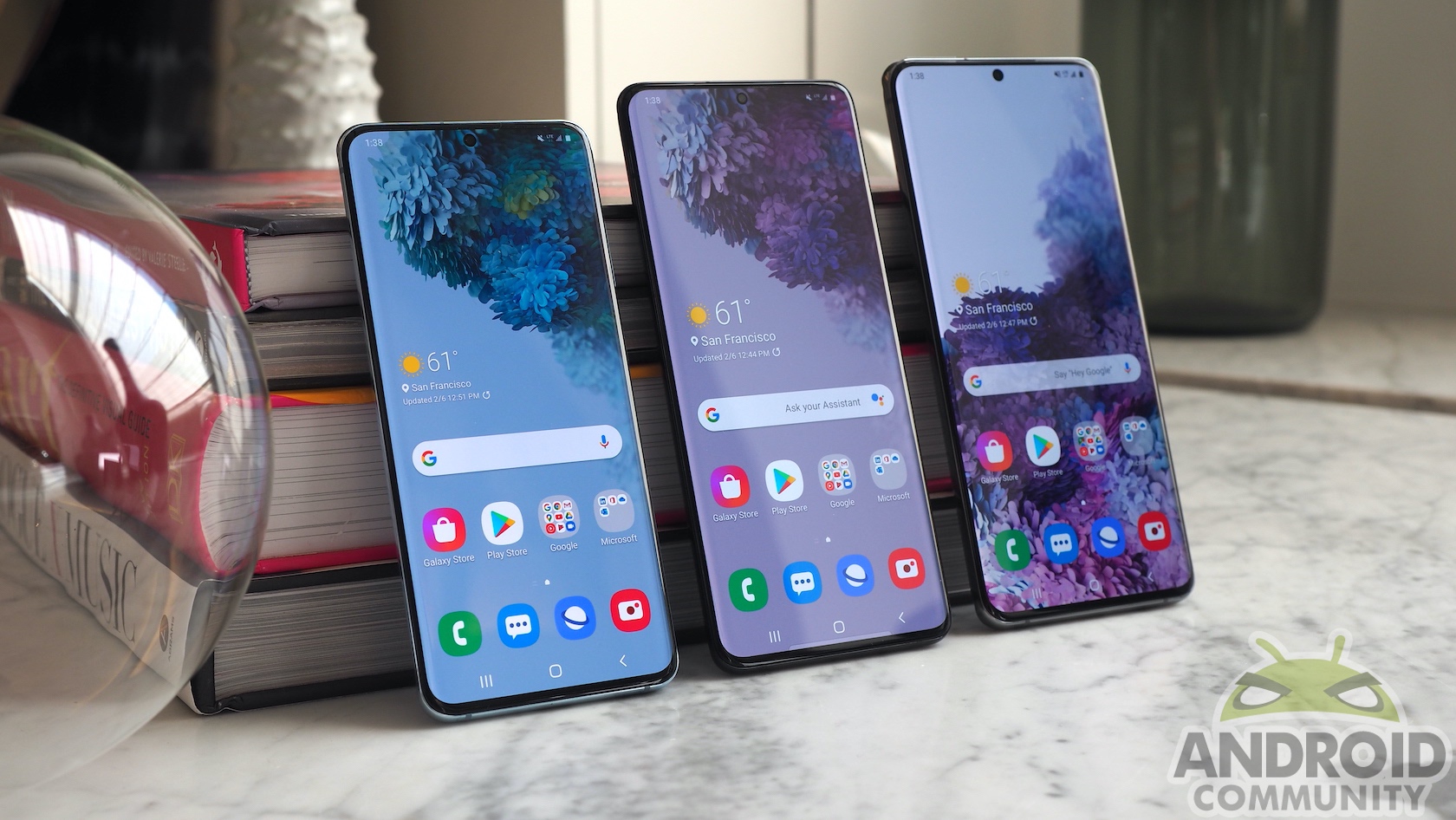 For those who do want to sink their teeth into Samsung’s early 2020 offering, pre-orders start on February 21 until actual sales begin on March 6. As always, be on the lookout for deals, discounts, and trade-ins, especially just weeks after the phones launch. Which is exactly what happened last year, much to early Galaxy S10 buyers’ regret.