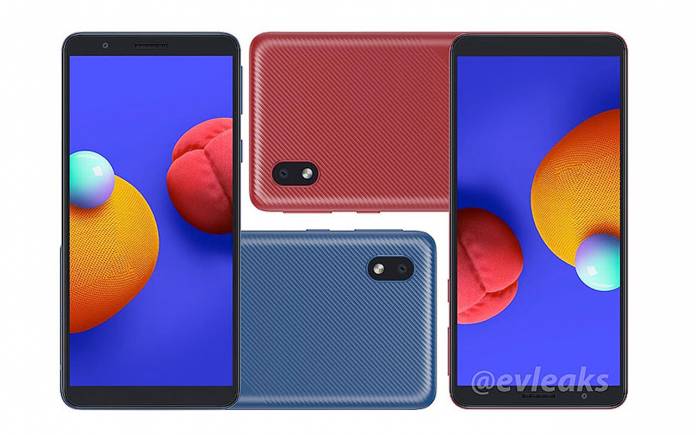 We initially learned Samsung is working on an entry-level phone with removable battery. We told you it was codenamed SM-A013F, which was later leaked as Galaxy A01e and then Galaxy A01 Core. Now, recent reports, confirm the phone is called Galaxy A01 Core, and as previously predicted, comes with a removable battery. Specifications of the smartphone are out – though it doesn’t have anything stellar to show – it will nonetheless put some weight in favor of Samsung in the budget phone category.

We say this because more and more OEMs are now churning out model after another for the mid-range market. The cheaper phone segment has a void and it could meet a fill in the form of Galaxy A01 Core, which will give customers the likable option of removing/replacing battery if the stock battery malfunctions or gives way over time.

Galaxy A01 Core will have a smaller form factor, and as said, very modest features. The phone will feature 5.3-inch PLS TFT LCD display with 1480×720 pixel resolution. It will retail with Android 10 Go out of the box and will be powered by MediaTek MT6739 SoC. Featuring only a GB of RAM and 16GB storage (presumably expandable via microSD), the smartphone will have 3,000 mAh removable battery – its best-selling aspect.

For the optics, this entry-level smartphone will come with a single 8MP f/2.2 shooter on the rear and a 5-megapixel selfie camera. We are still waiting to hear something on the price front. There is also no official word on when the phone would be announced or which markets will see it before the others. Hang around if you want to know more – we will update as and when more information pops up – which wouldn’t be after too long, we are guessing.