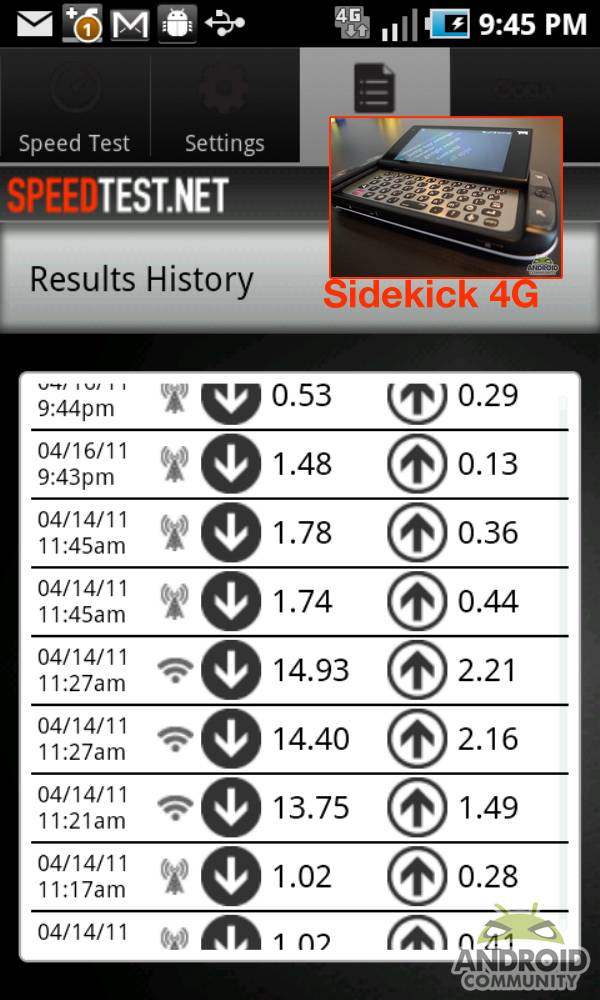 Last time I did some speed tests on a phone there was a bit of an argument over the fact that the targeted city was across the country. So you know what I did? Exactly what I should have been doing the whole time with Speed Test, a service that notes in their Q and A section that their GPS system isn’t perfect, I drove around the city getting different tests. Not only did I do this on the G2x, but I did an extended test for the Sidekick 4G, the phone that I last got Speed Tests on. What you’re going to find is that there’s not much difference in T-Mobile’s “4G” service anywhere you go around Minneapolis and Saint Paul Minnesota.

The speeds you’re seeing here is Mbps in several different locations at different times around the cities here in Minnesota. The fastest this G2x unit ever got, and this was on what the phone was calling 4G speeds, was 4.44 Mpbs. On average though, it’s looking like a lot closer to 1 Mpbs. Way at the bottom there’s a Wifi result and there’s a couple of zeros in there – don’t mind those. 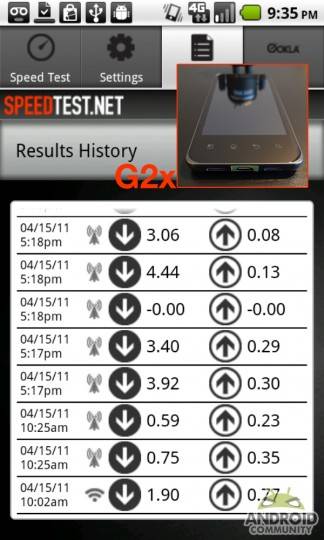 Next take a look at a few more results on the Sidekick – see those insanely quick speeds? Don’t mind those, that’s me at my stupidest, testing the phone on Wifi. This is the kind of brain fart yours truly is capable of having. What you SHOULD look at is the rest of the scores where 1.5 Mpbs is the average. This again is on T-Mobile’s 4G network here in the Twin Cities of Minnesota. Speed! 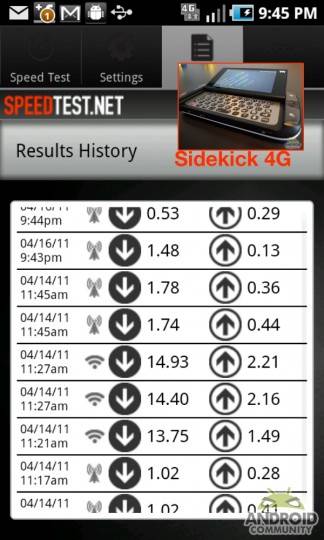