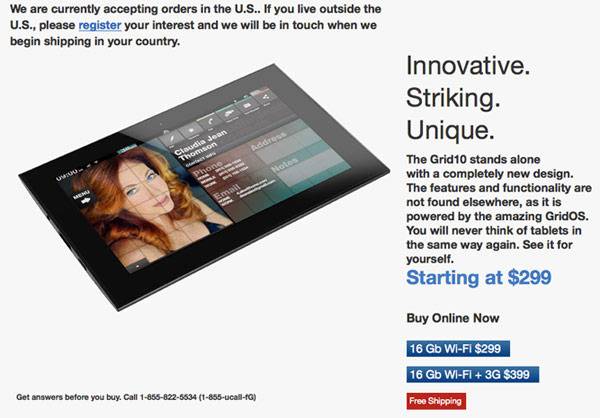 We have talked about Fusion Garage’s Grid 10 before. The company makes some tablets that look interesting, but have been hampered by pricing that was more than many were willing to pay. The company has announced that it is cutting $200 off the starting price of the Grid 10 tablet. We talked about the Grid 10 tablet back in August. The tablet uses an OS called Grid that is based on Android.

The tablet had been targeting a launch date of September 15, but the tablet will now have a bit of a delay in shipping with the ship date pushed back to October 1. A few extra weeks insn’t too bad considering the price cut. Previously the 16GB WiFi only tablet was $499 with a version featuring 3G and WiFi at $599.

The price as of today is $299 for the WiFi version and $399 for the WiFi and 3G version. Fusion Garage told Engadget that it has always intended to launch the tablets at the current prices. According to the company, negotiations with an ODM left them unable to tout the lower prices until now. Will you try the Grid 10 at the lower prices?