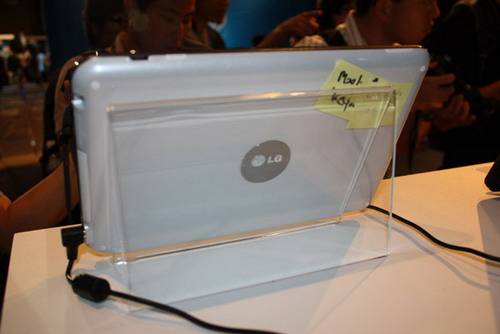 LG has supposedly axed its plans for an Android 2.2 tablet, suggesting that the company’s prime concern was picking a version of the open-source OS “most suitable” for a large-screen slate.  It seems that version isn’t Froyo, anyway; “We plan to introduce a tablet that runs on the most reliable Android version … We are in talks with Google to decide on the most suitable version for our tablet and that is not Froyo 2.2” an LG executive told Reuters.

Specifications of the work-in-progress LG tablet were unknown, but the company had said it intended to launch its iPad rival in Q4 2010.  No official word on what’s happening to the release schedule now LG has changed its OS plans, but we’re guessing the LG slate will be pushed back at least to a CES 2011 debut.