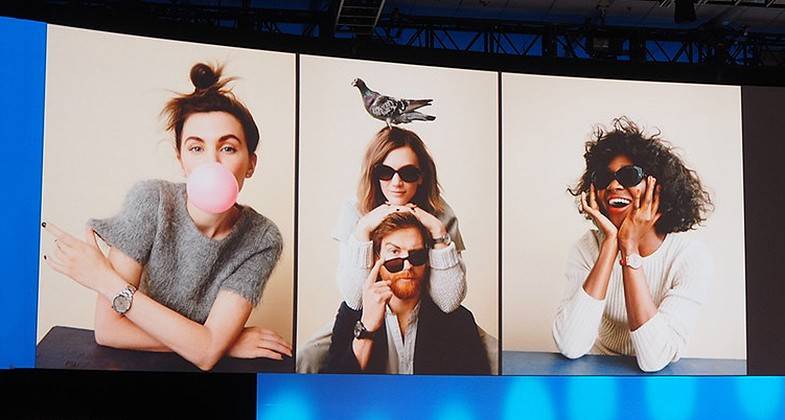 Watch and fashion brands joining the wearable bandwagon is nothing new. In fact, we’re anticipating more announcements will be made by the bigger names in the industry. We already know Tag Heuer, Casio, and Mondaine are prepping up their Android Wear devices for release soon while a bunch of tech companies are also working on their own smartwatch offerings. This time, American fashion brand Fossil has partnered with Intel to make a new smartwatch powered by Android Wear.

Fossil and Intel made the announcement at this week’s Intel Developer Forum (IDF) in San Francisco. The watch looks a lot like the Moto 360 and the Huawei watch. Even the flat tire is very similar to that of the Moto 360 which we hope will be fixed really soon. The smartwatch with circular display is preferred by more people so it can be another bestseller. Aside from Fossil, we learned that Michael Kors will also be releasing a smartwatch next year.

Actually, a number of smartwatch bands were presented on stage. We can expect leather in different colors and metal in different tones. We saw a darker silver and a Rose Gold edition. We’re not sure about a sports wearable but we also saw some sort of a smart-band that could probably be health, fitness, and sports-related.

We hope to see more of this Fossil Android Wear-powered smartwatch in the coming weeks. And yes, more brands presenting their own versions powered by Intel’s Curie chip.