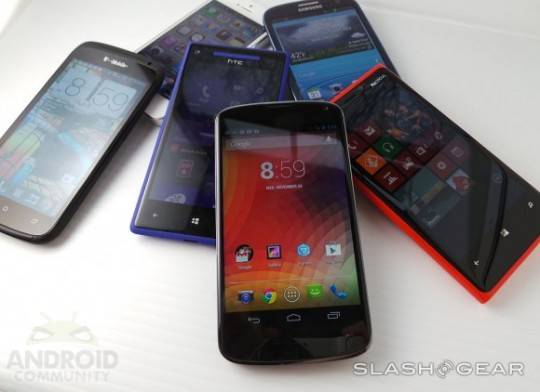 The latest Flurry report has recently been published. This one is actually arriving as a five-year report, however more important is the focus — on apps. The obvious is here in that mobile apps have come a long way in five years. At present though, mobile app usage on a smartphone or tablet now accounts for a little more than two hours per day.

Specifically, Flurry has said the average US consumer is now spending 2 hours and 7 minutes inside of apps. Of the time spent in apps, games account for 32 percent of the time. Game playing is followed by Facebook, which has 18 percent. One interesting tidbit here touches back on the overall amount of time spent within apps as compared to the time users spend on a smartphone or tablet in general.

In short, nearly all of the time on a smartphone or tablet is spent within an app. Flurry reports that users spend on average, 2 hours and 38 minutes per day on smartphones and tablets. In other words, all but about 30 minutes of device usage is tied to an app. You can get a better look at the breakdown of app usage (by category) in the chart below. As you can see, productivity and news account for a rather low 2 percent each. Social networking, aside from Facebook, only accounts for another 6 percent. 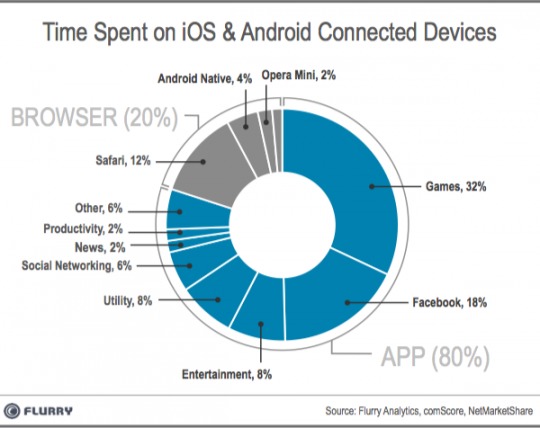 Basically, it seems smartphone and tablet users are concerned with Facebook and playing games. With that in mind, while we may think the world will be fine without the introduction of a Facebook phone, these stats seem to suggest something different. Based on this report, it almost looks like a dedicated Facebook phone would be a positive thing. Well, that is assuming said Facebook phone is also able to play games.