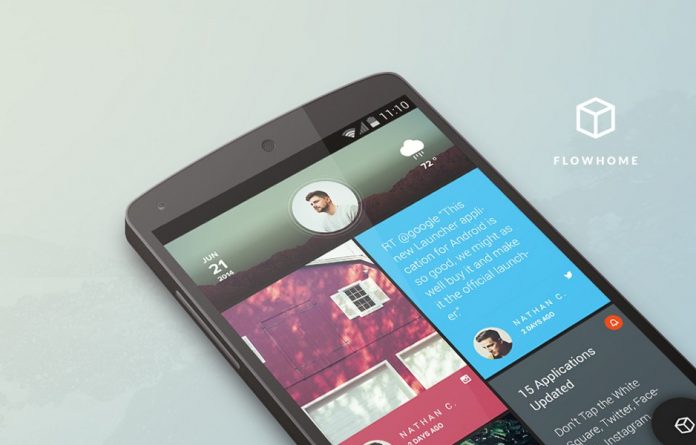 Almost two years ago, we covered the Flow Home launcher as a rather innovative take on the Android home screen. It gave you the things you usually want to check on your phone – Facebook feed, Twitter, Instagram, the weather – and put it together in a kind of timeline flow. At its time, it was a totally new thing.

As the whole Android ecosystem has moved forward in over 2 years, we’ve realized that people kind of want to stay with a standard home launcher – this is why the successful launchers like Nova and Action Launcher don’t change a lot in the basic Android proposition for a home screen. HTC’s Blinkfeed – quite similar to Flow Home – has gotten a small following, but like Flow Home it hasn’t quite caught the masses’ attention.

So it is somewhat sad that Larva Labs, the team behind the Flow Home launcher, has announced that it is stopping active development for the app. Matt Hall, co-founder of Larva Labs, says in his blog post that while they had “hundreds of thousands” of users who downloaded and checked out the app, not a lot were sticking with it, making it hard to find a compelling reason to continue development.

Hall mentions that the dev team will continue to fix some of the current bugs on the app, but eventually it will be removed from Google Play. You may still download the installer on the team’s website, and the best parts of the app – the scrolling system and the feed-retrieval feature – will be open-sourced so that other developers can try and use those for something else.