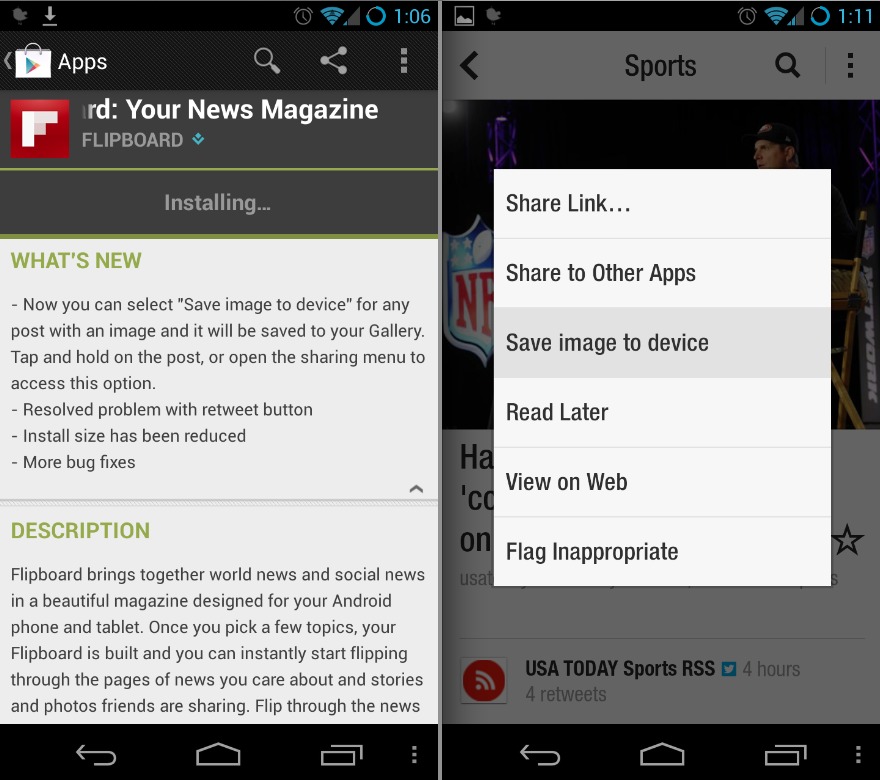 Today the extremely popular news and magazine app Flipboard has just received a nice new update full of features and bug fixes. Initially launching on the Galaxy S III as an exclusive app, Flipboard has become an extremely popular news app for Android thanks to the simple and beautiful user interface. They added tablet support in December, and now we have a few new neat features worth pointing out.

Starting with yesterdays update users of the popular Flipboard news app will be able to save any and all images direct to their smartphone or tablet. Before you could share and save for later viewing, but now you’ll be able to actually save the images right to your gallery. Simply tap the image or hit the sharing menu button to quickly save that funny image or new smartphone that just leaked. 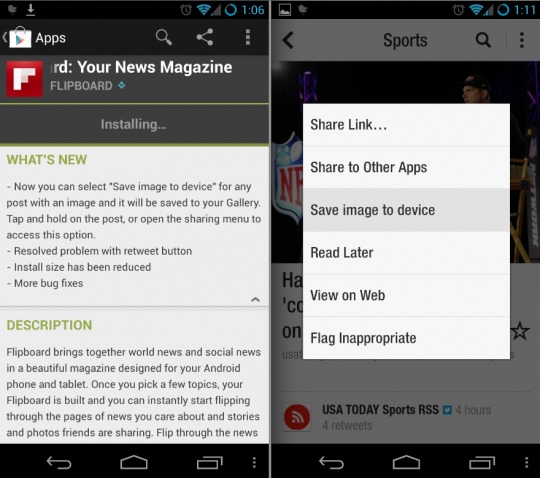 The folks from Flipboard have also been working on improving the overall app size, speed, and performance. This update actually lowers the install size, makes updates faster, and fixed some bugs system wide. Most notably is the retweet button not working for many. They’ve fixed whatever was causing that problem and you can now share the news with the social world with ease.

Last but not least the developers simply state the new version 1.9.22 added “more bug fixes” but they weren’t specific on what aside from the retweet issue. So far scrolling and flipping through boards seems a bit more responsive, but that’s about all we’ve noticed. Get the latest Flipboard right this minute from the link below. Enjoy!