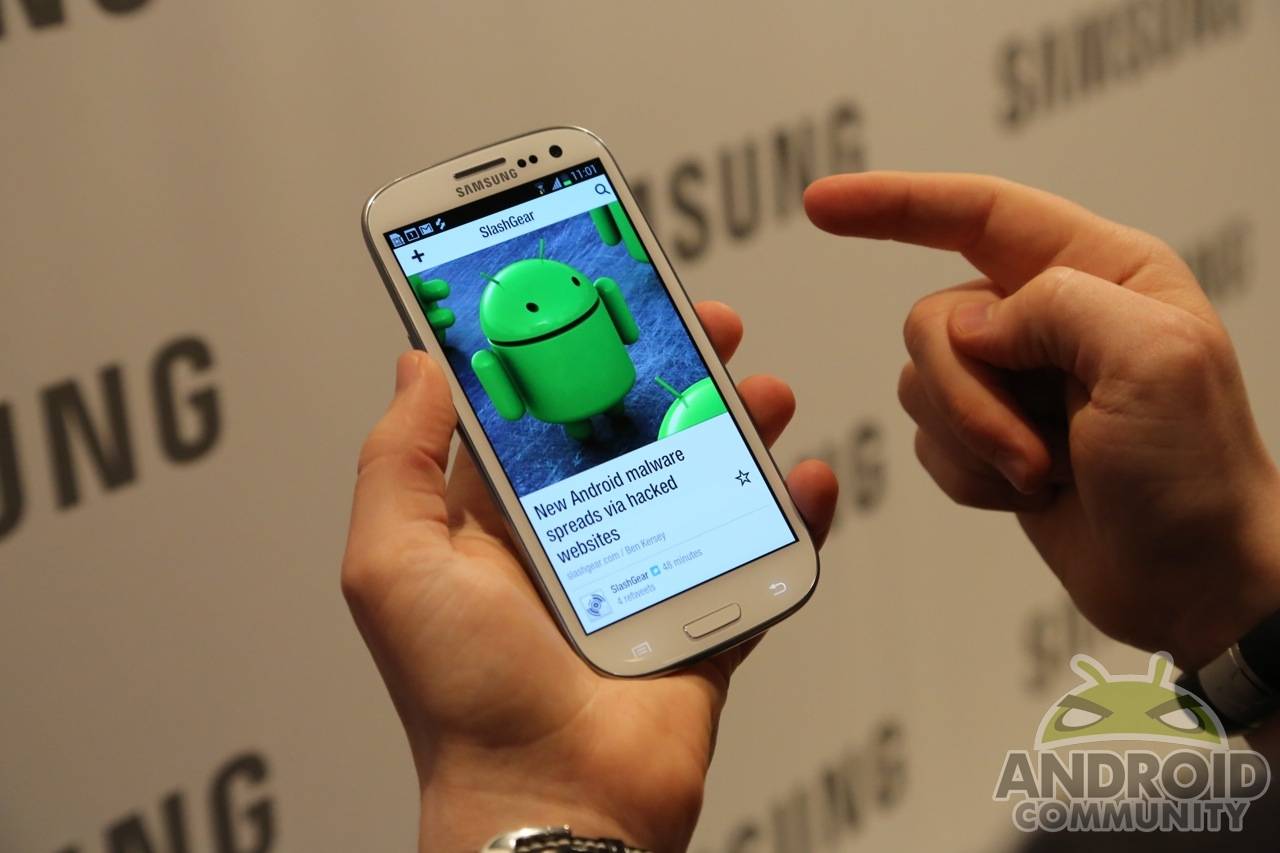 It’s finally here! Samsung has just unveiled the impressive new Galaxy S III here in London, and one of the exciting inclusions (along with 50GB of Dropbox storage) is they have an exclusive with Flipboard for Android. Flipboard is a highly popular social news reader similar to Google Currents, Pulse, News360 and many others and until now was only seen on iOS devices. Check it out in our hands-on video below.

This will be the first time Flipboard has been available on Android, and Samsung tells us they have an exclusive window on the app, but other phones and devices will get the popular app soon. As for the app, it’s similar to Google Currents only with a better, smoother, more gesture featured interface. The entire magazine feel is ever so present with Flipboard, and it makes complete use of the 4.8-inch 720p HD display on the awesome new Galaxy S III. Just like the iOS version, you can login to your social networks and have links aggregated straight to the app, along with your favorite sites (Android Community and SlashGear), as well as your RSS feeds and more. 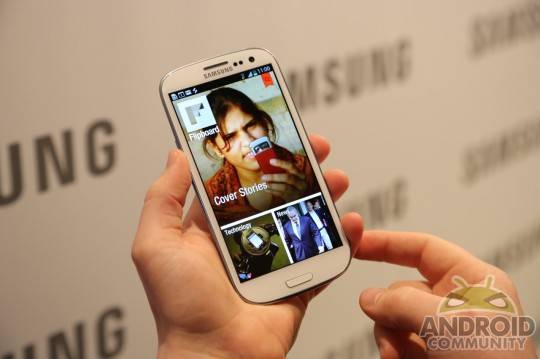 The tile interface is simple and easy to use, and once again very beautiful on this impressive AMOLED screen — and will look great on all Android phones of course. Especially those with higher resolution displays. The cover stories in the tiles shown above will be suited to your reading and site habits, making sure you’ll get all the content you love.

As usual with Android, Flipboard has an awesome widget to toss right onto the homescreen of your choice for quick, simple, and easy reading access. You can scroll through and pick you favorite story, then launch the full app just like any widget. From our limited time using the new app we’d say it is very impressive. The pages load and flip smooth and with ease, and the content is HD and looks stunning. So far Flipboard for Android is highly impressive and probably our new favorite reader, but then again the quad-core, Super AMOLED HD packing Galaxy S III might be helping its cause.

Samsung doesn’t have exact details on how long it’ll be a SGSIII exclusive, but we can expect an announcement and more details form Flipboard for Android soon — not to mention the public getting a hold of it and releasing it to the world.