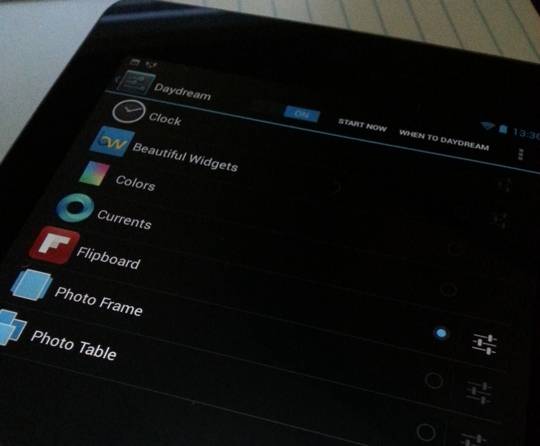 The latest Flipboard update has arrived in Google Play. This update is on the minor side in that it does not bring a long list of new features, however it does bring something nice for those sporting a device with Android 4.2. That new feature is support for Daydream.

And for those not familiar with Daydream, this was added with Android 4.2 and means that you can display “useful and delightful” information when idle or docked. Of course, the catch here, while Daydream is an Android 4.2 feature — it needs support from the apps. Up until now now the Daydream support was limited to the clock or colors as well as images and the Google Currents app.

That aside, Flipboard v1.9.19 has added Daydream support which means you will be able to create a screensaver based on your Flipboard covers. Otherwise, this Flipboard app update also fixed the accidental flip issue that sometimes happened when trying to scroll. The what’s new section in Google Play also mentioned bug fixes, however nothing specific as to which bugs.

Despite the Daydream feature needing Android 4.2 for use, the Flipboard app remains available for devices running Android 2.2 or later for use. All said and done, Flipboard with Daydream support seems like it will be a good match for those rocking a Nexus tablet. And maybe even makes a case to get a dock.