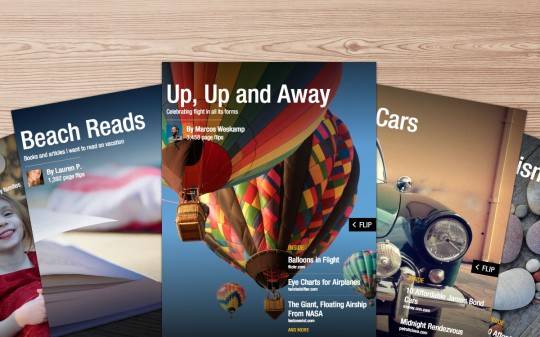 Flipboard 2.0 was detailed back towards the end of March. At that time we were given a good look at what can be expected with this release and Android users were once again left waiting. In that respect, this is nothing all that new or surprising. After all, this was how Flipboard was originally released — first for iOS and then later for Android.

Trying to keep any anger in check, it looks like the Flipboard team has recently shared some numbers and also briefly touched on the topic of Flipboard 2.0 for Android. These details are coming by way of Flipboard CEO Mike McCue who recently spoke at the TechCrunch Disrupt conference. In sticking with the Android specific news first, Flipboard 2.0 will be available “very, very soon.”

Unfortunately a specific date wan’t given, however we can hope that the addition of that second “very” means it will actually be available soon. We hope to see it land in the Google Play Store this week, but time will tell just how accurate that thought will end up being. Shifting away from Android and over to the numbers and it looks like v2.0 has done good things for Flipboard.

Comments from McCue show Flipboard as having picked up 6 million users since that release. Certainly an impressive sounding growth, especially considering that release happened just about one month back. Sticking with the topic of Flipboard 2.0, one of the big new features was the ability to create magazines. The number for this shows that users have since created 1 million magazines. Otherwise, it was also mentioned that Flipboard now has 56 million users in total.