We love the Open Source Android Project. It’s where the Android community starts, where ROM developers go for “blessed” code, and without it, Android would still be puttering along behind lesser platforms. But the really great thing about Android is that it’s adaptable – and anyone can adapt is. Many custom ROM developers out there (and, to be fair, manufacturers as well) have made natural and obvious additions to Android that are so useful, Google should go ahead and add them right into the main development tree. Here are five of my favorites:

You can already see these guys in skins from Samsung and others: they’re the little buttons that appear when you slide down the notification bar. They’re dead useful, making quick settings like WiFi and auto-rotate accessible from any app. Many custom ROMs including CyanogenMod allow you to pick and choose which toggles you see. Non-rooted users can try Notification Toggle for the same effect.

While we’re happy to see the Camera app added to the stock unlock screen in Ice Cream Sandwich, HTC has been ahead of Google on this for the better part of a year. Their customized lock screen allows you to choose up to four different apps that can launch when you turn on your phone, plus the default unlock. Most ICS ROMs and a ton of custom lock screens allow you to add even more.

Seriously, why isn’t there a way to enable a more precise battery meter in stock Android? It’s one of the first things I do with any new software, be it a custom ROM or a review device – for which I usually have to resort to some kind of app. My personal favorite is CircleMOD, which is included in many custom ROMs and flashable as a separate package for most popular phones. 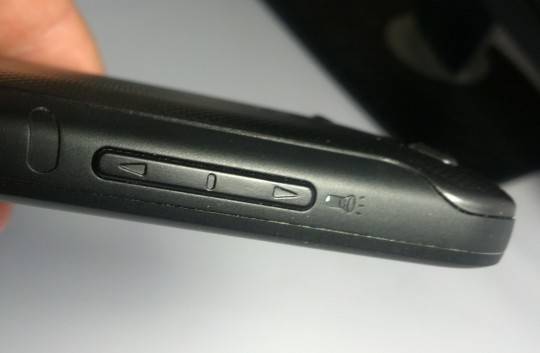 This one’s becoming more popular, just because it’s so darn useful. Pull your phone out of your pocket, hold down the power button for a couple of seconds, and you’ve got the familiar LED flashlight, all without even looking at your screen. (here’s a somewhat shaky video of the feature in action on AOKP.) It’s so handy that Samsung even added it to their tough-as-nails Rugby Smart for AT&T.

I’m not a big fan of themes myself, but commenter gmaninvan turned me on to this idea after Huawei announced that they were joining the custom UI bandwagon. In addition to letting modders pretty up their phones without resorting to root, a built-in themeing system might let some of the overenthusiastic manufacturers take it easy on the skins and just swap out a few image files. That would lead to quicker, more stable devices and faster OS upgrades. I’m sure id Google asked nicely, they could use the CyanogenMod/T-Mobile theme engine for AOSP. (Sample theme is ZeuBug from XDA.)

I still think that stock Android is better than any manufacturer skin out there, bar none. But that doesn’t mean that there’s no room for improvement. Google’s already taken a lot of hints from modders and manufacturers (and, let’s face it, the now-defunct WebOS) for Ice Cream Sandwich. Let’s hope they can make Jelly Bean even more fantastic via the sincerest of flattery to hard-working modders.

Let us know some of your favorite modifications to Android, and why you think they belong in the main development tree, in the comments section.