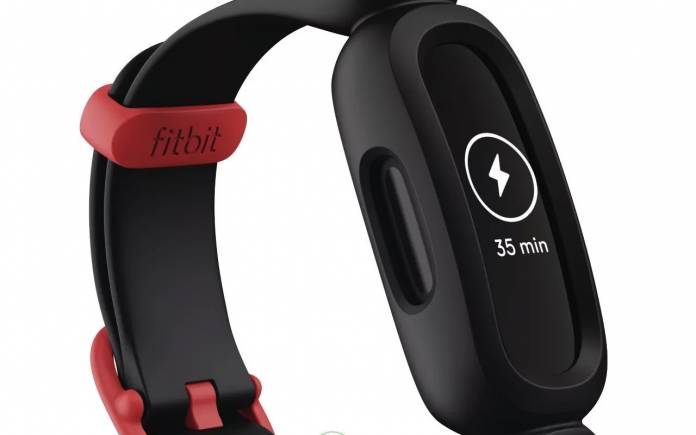 Google is in the process of finalizing the Fitbit acquisition. Everything will be made official very soon and this could mean a new product. The Google-Fitbit deal has been approved with conditions and we find it interesting how the first Google-owned Fitbit fitness tracker will look like and perform. A source has already posted images of the Fibit Ace 3. It looks more like a fitness band than a smartwatch mainly because of its rectangular shape. It’s probably inspired after the Fitbit Charge series.

As per our source, two color-combo will be available: Red-Black and Blue-Green. The last generation model was introduced back in 2019. The new smartband will come with a bulky but robust design. There is a physical home button, a longer battery life, and a bigger OLED screen.

Let’s list down the specs: a 4.7-inch OLED display, touchscreen, 240 x 240 pixel resolution, an eight-day battery life, different Sports modes (cycling/hikign/running), sleep monitoring, and pedometer. The device is very lightweight at 70 grams. You can easily change the bracelet. There is little information about the water-rating but it should be waterproof like the older model. The Fitbit Ace 3 should also work with iPhones and Android phones with Bluetooth compatibility.

The wearable device will work with the Fitbit app. The latter allows kids to access information about their activities and more. They can view motivation, incentives, avatars, and virtual badges. Since this is for kids, parents still need to set it up and track activities with the family account.